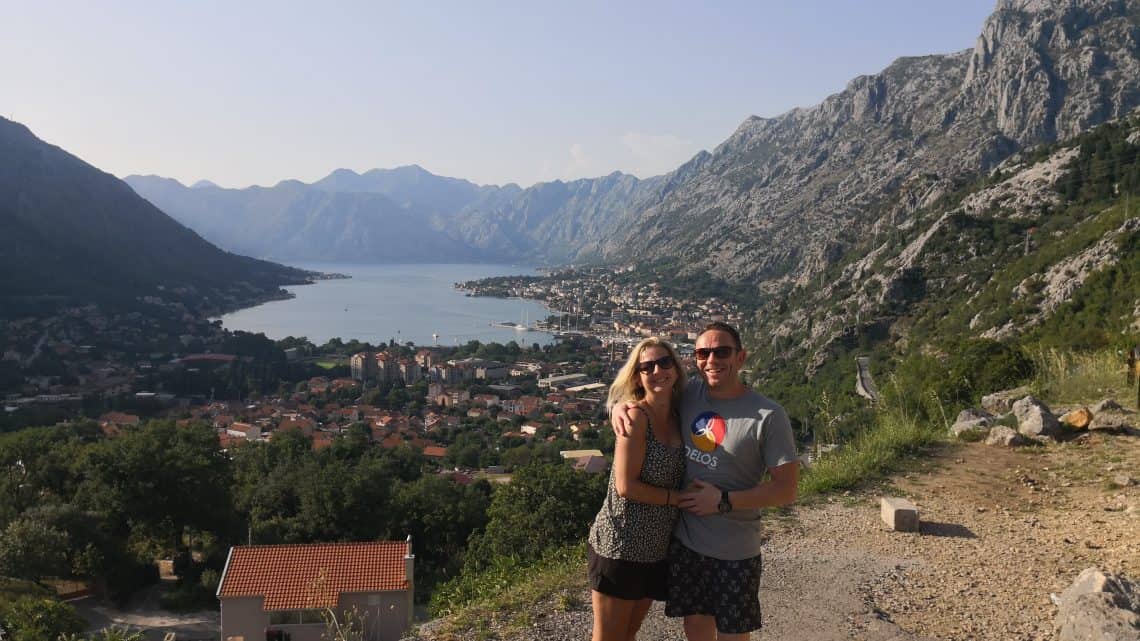 Montenegro is an absolute nightmare in the morning. So so many tourist buses & people from the cruise ships.

Budvar old town. Lots of little streets on the coast with a beautiful view (not Kotor beautiful, but still pretty impressive).

Bought a couple of bits including a magnet for Lisa (aaaaaaah bless!) 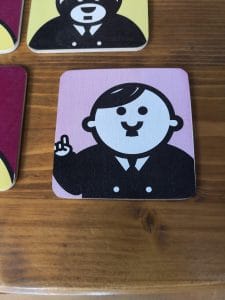 The artist had done loads of stuff all using the same ‘Hitler Character’. What a cool little ‘Art Gallery’ it was – non-profit & money went to a kids charity.

The Hitler stuff was a very small part of it! 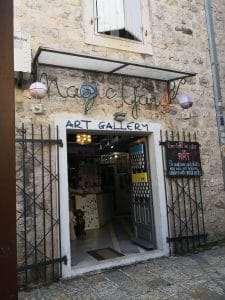 Sat & had 2 beers before meeting the guide.

Saw this & couldn’t resist videoing it.

Went to ‘Sweaty Steve’ for lunch. Restaurant overlooking it. 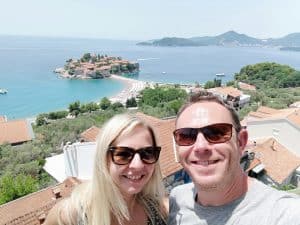 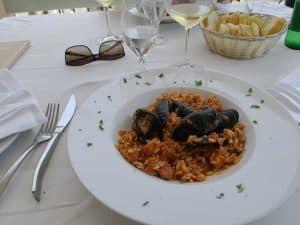 Then went to Jaz beach for a few hours. 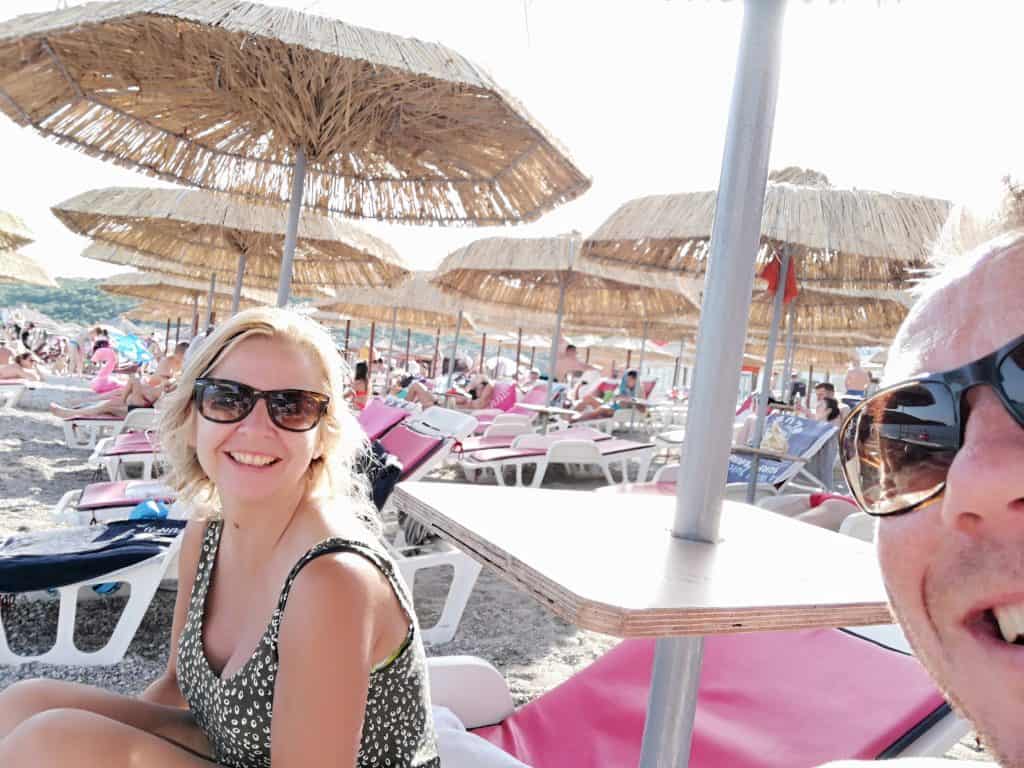 Settled in at Jazz bar next to our hotel to watch England v Columbia in World Cup. 1-0 to us but Columbia equalised in last minute.

Extra time & then penalties – we won on penalties!! WTF. 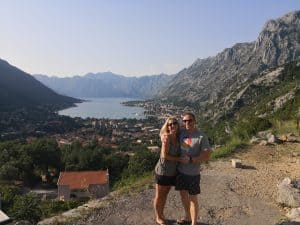 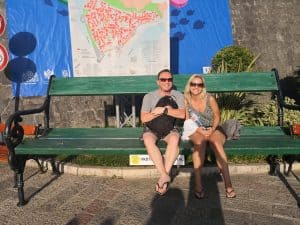 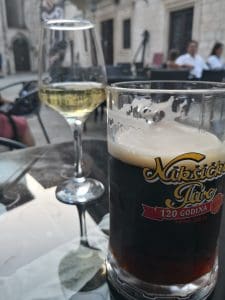 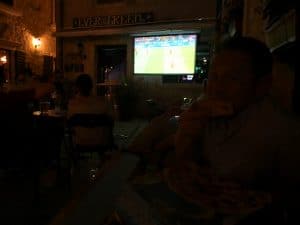 Had 2 massive slices of pizza whilst watching.