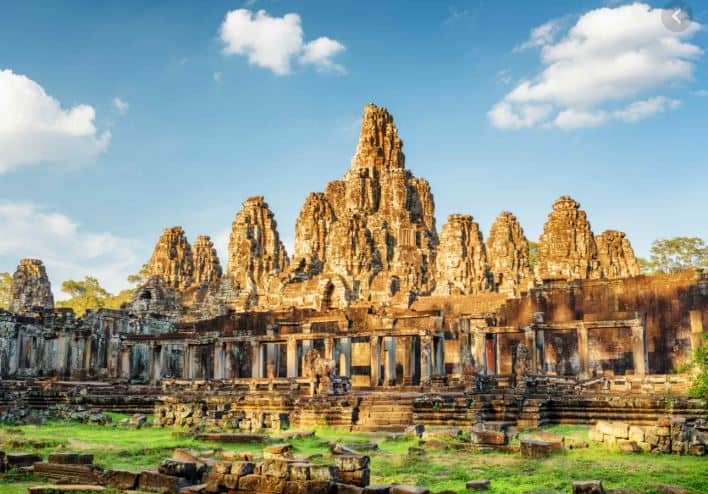 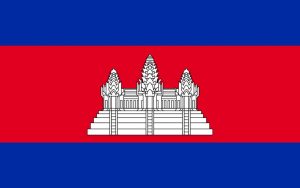 Cambodia’s culture has its roots in the 1st to 6th centuries, in a state called Funan, which is also the oldest Indianised state in Southeast Asia. Funan gave way to the Angkor Empire with the rise to power of King Jayavarman II in AD802. The following 600 years saw powerful Khmer kings dominate much of present-day Southeast Asia, from the borders of Myanmar east to the South China Sea and north to Laos.

Cambodia’s language, part of the Mon-Khmer family, evolved during this period. It contains elements of Sanskrit, the classical language of Hinduism and Buddhism. Historians have noted that Cambodians can be distinguished from their neighbours by their clothing – checkered scarves known as karmas are worn instead of straw hats.

It was during this period that the Khmer kings built the most extensive concentration of religious temples in the world – the Angkor temple complex. This complex covers an area of 400 sq km in the province of Siem Reap. The area contains more than 100 temples and there are more than 1,080 temples across the country.

As the Angkor period ended, Cambodia’s capital moved south to Longvek, then to Oudong, and finally to the present-day capital of Phnom Penh. Among the main features of the post-Angkorean era, besides the movement of the capital, was a widespread conversion to Theravada Buddhism, illustrated in temple carvings, where Buddhist features gradually replaced Hindu features.

The 15th to 17th centuries represented a time of foreign influence when expansionist Siam and Vietnam fought over Cambodia. By the mid-1800s, Cambodia, like most other countries in Asia, came under increasing pressure from European colonial powers. In 1863, King Norodom signed a Protectorate Treaty with France.

In 1945, the Japanese briefly ousted the French. Encouraged, King Sihanouk campaigned tirelessly and in 1953 he succeeded in winning independence for Cambodia, effectively ending 90 years under French protectorate. King Sihanouk abdicated the throne to his father and took the reins of government himself as head of state.

Throughout the 1950s and ’60s, Cambodia was self-sufficient and prospered in many areas. However, the quagmire of a growing war in Vietnam spread relentlessly and in 1970, as war spilt over into Cambodia, Prince Sihanouk was overthrown by General Lon Nol.

On 17 April 1975, Lon Nol’s weak-ended government was itself overthrown by the Khmer Rouge. They immediately emptied the capital of its residents and brought Prince Sihanouk back, only to hold him under house arrest. The ensuing four years “Reign of Terror” under Pol Pot’s Democratic Kampuchea resulted in the deaths of an estimated 1.7 million people.

In 1979, the Khmer Rouge was overthrown and the Vietnamese-backed People’s Republic of Kampuchea was established. In 1989 the Vietnamese withdrew the last of their troops and the government renamed the country State of Cambodia (SOC).

The SOC ruled independently until the Paris Peace Agreement of 1991 created the United Nations Transitional Authority (UNTAC). Supported by the presence of some 22,000 UN troops, UNTAC supervised general elections in Cambodia in May 1993. A second general election was held in 1998.

Cambodia today enjoys a parliamentary system with one prime minister. A constitution was adopted in 1993, the same year King Norodom Sihanouk returned to the throne. His Majesty remains a symbol of national unity to his people.