CROATIA – Overview of the Main Regions 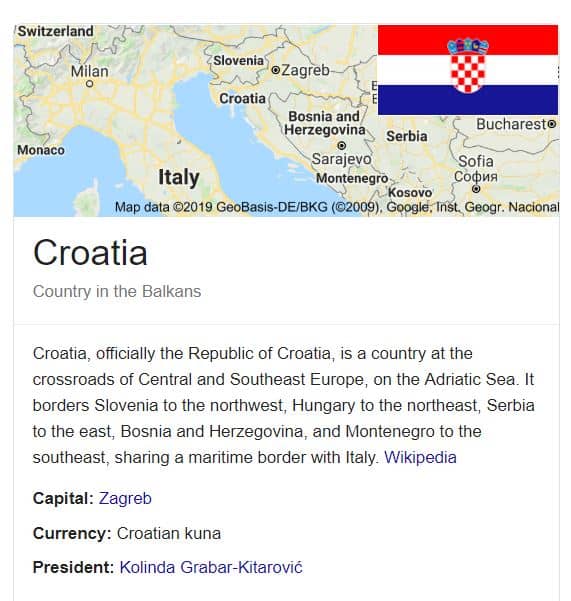 Croatia is a small country located across the Adriatic Sea from Italy. Since their recent war of independence in the 1990’s, Croatia has become one of the most significant tourist destinations in Europe.

Like the rest of Europe, Croatia has a rich culture that reaches through the Dark Ages into the ages of Rome and Ancient Greece. But not all of Europe can boast the same pristine natural attractions that set these Jewels of antiquity in a case of blue seas and green forests.

Croatia is divided into four main regions and many other smaller regions. Following you will find an overview of these regions and some of the most significant contributions they make to the beauty and culture of Croatia.

The Central part of the republic of Croatia is the region by the same name. Zagreb, the capital and largest city in the country is located here. This historical city dates back more than a thousand years ago when the first diocese was established here by an ancient Hungarian king.

The city is a vibrant attraction for travelers of all types who come to bask in the warm climate and stunning cosmopolitan air.

The city has been divided into two sections. The Upper Town is the historic section where visitors can see the churches, cobblestone paths and towers of the Dark ages.

Most of Croatia’s coastline is located in the region of Dalmatia, which stretches from the bay of Kotor in the South to the Island of Rab in the North. Two of the most significant cities in the country, Split and Dubrovnik are located here.

Dubrovnik has also been called the “Pearl of the Adriatic”, this is arguably the most popular destinations in the Adriatic or Mediterranean. Dubrovnik was established in the 7th century as an important point for maritime trade.

The sights of the bright orange rooftops contrasting against the blue sky is only one of the breath-taking sites in this historic city.

Visitors can also take a tour of Old Town, which includes cobblestone streets, places churches and the ancient walls that defended this important city. Don’t forget to visit the many pristine beaches around the Dubrovnik coastline.

Split is called the “Mediterranean Flower” here visitors can thrill to many attractions of Gothic, Renaissance and Roman design. Diocletian’s palace is one of the central attractions in Split. This beautiful labyrinth of marble walkways and gardens was built in the year 298 AD to 305 AD. today the complex includes many cafes, bars and shops.

Osijek is the largest city in Slavonia and visitors will get a site of the Osijek Co-Cathedral a marvel of medieval architecture.

Erdut castle, located on Slavonian Eastern border, stands on a bluff high above the Danube where it stood guard against Lombards and other marauding hordes. This is another important historical location in the region.

Istria is located on the Croatian portion of the Istrian Peninsula in the Northwest section of the country. Istria is known for its beautiful mix of roman ruins, picturesque towns and villages as well as many coastal attractions.

The largest city is Pula on Istria’s southern tip. Pula has been a popular attraction since the romans first started hosting gladiator bouts at the local amphitheater, the ruins remain to the day. Don’t miss the stunning coastlines in this scenic region.