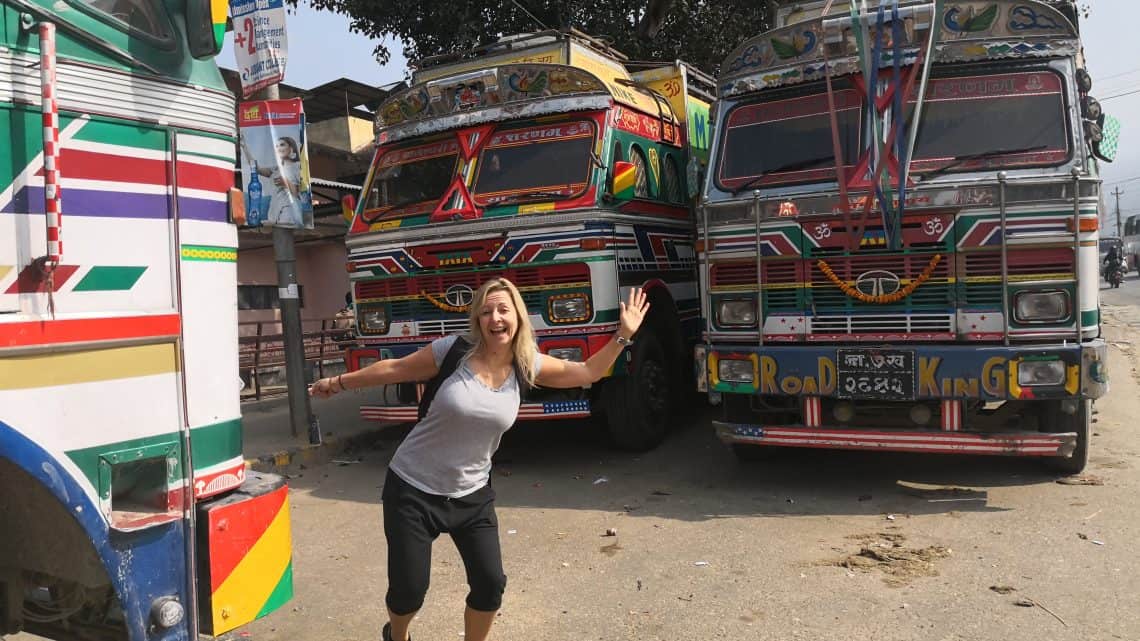 After battling with Access Nepal we were picked up by a taxi to go to ‘bus station’…aka a line of buses for about a mile on the road!!

Also discovered that the time on the bus ticket is bollocks.

These are old coaches. Driving here is mental! They overtake on blind corners & weave in and out of each other continually.

In fairness, it is all pretty ‘smooth’. very rarely do you experience something like an emergency stop or sudden braking! Technically it should be like that all the time.

Stopped a few times for piss breaks & lunch….then 3+ hrs delay due to 2 busses colliding on mountain road & 10 ambulances (which are tiny). 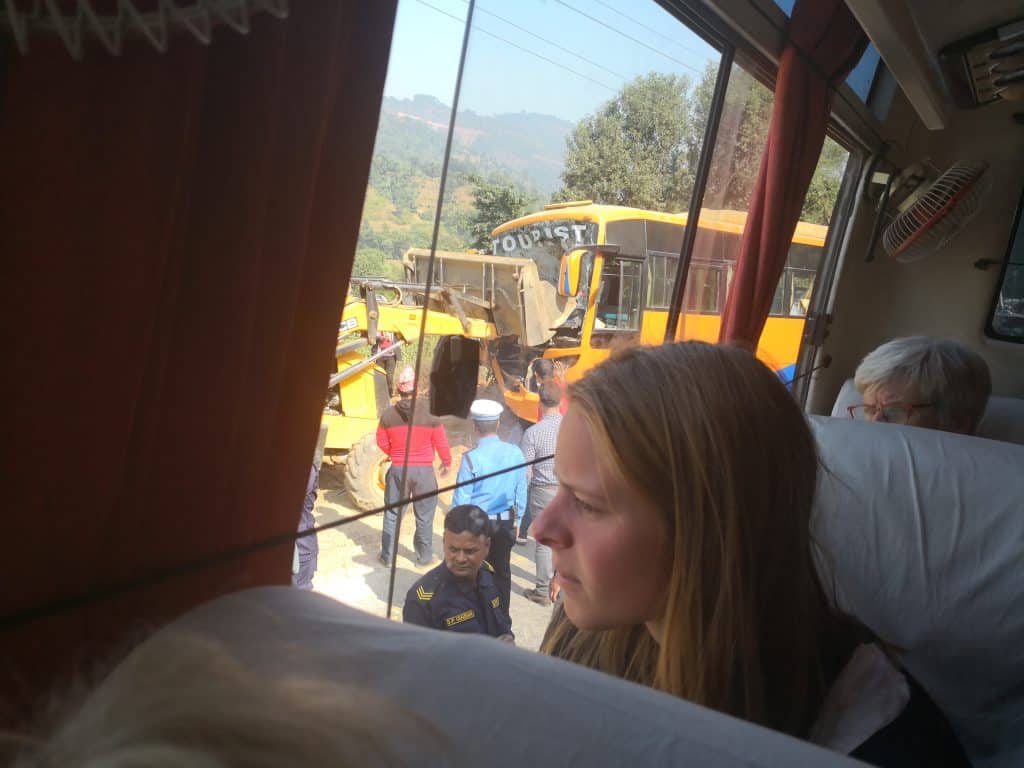 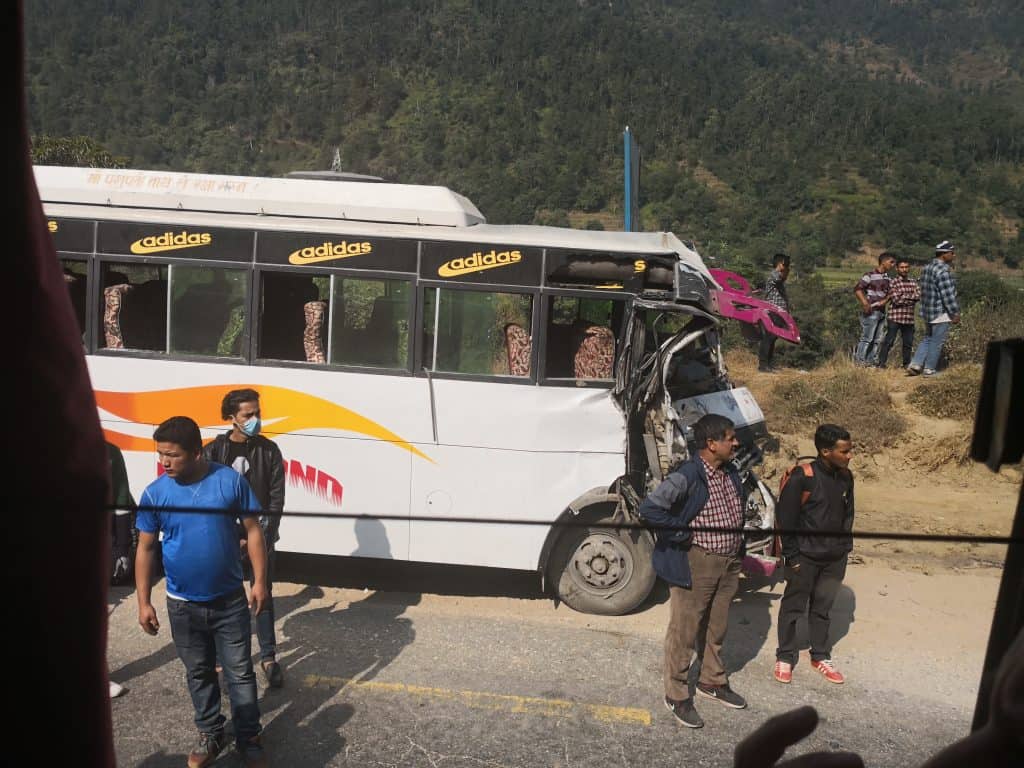 A man was waiting for us from the hotel – phew! 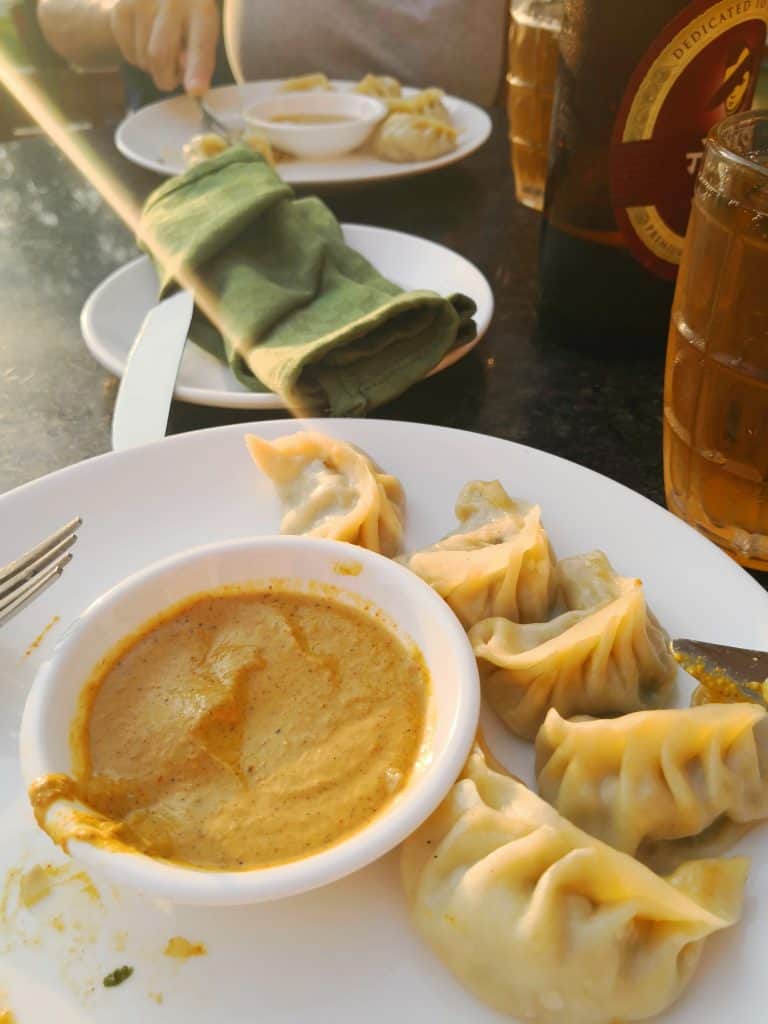 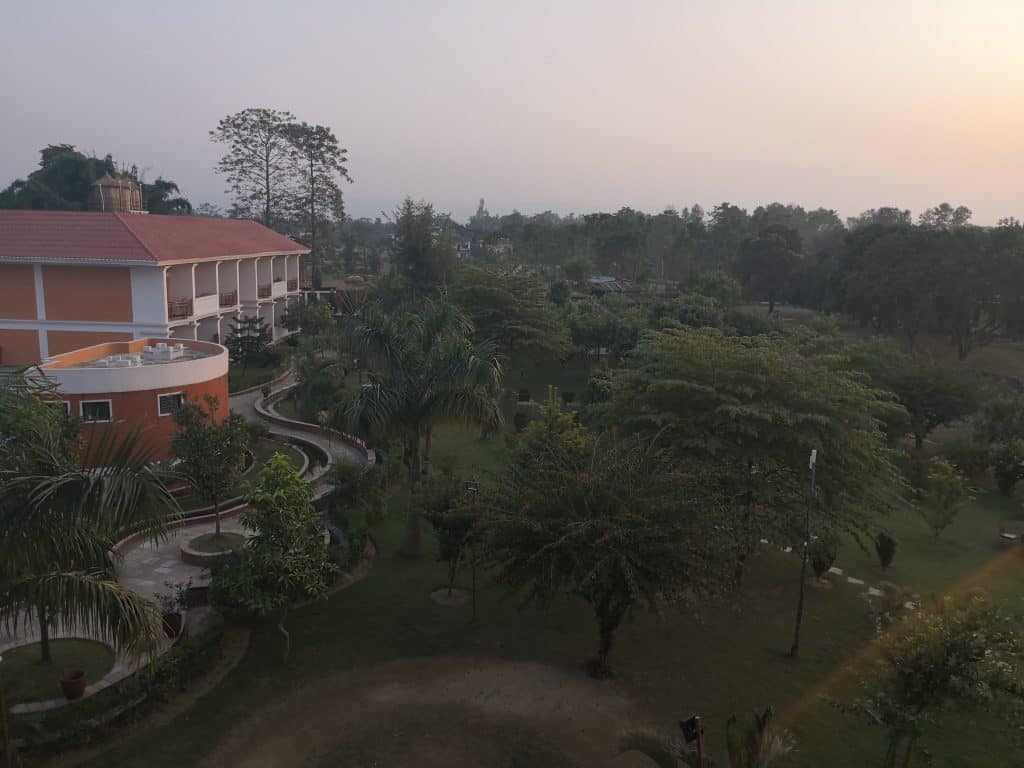 We watched traditional dancing stuff with ‘hitty sticks’ & we joined in for about 2 mins….it stopped…we fucked off for dinner…. buffet….was pretty poor quite frankly!

Early night falling asleep to stuff on the tablet.