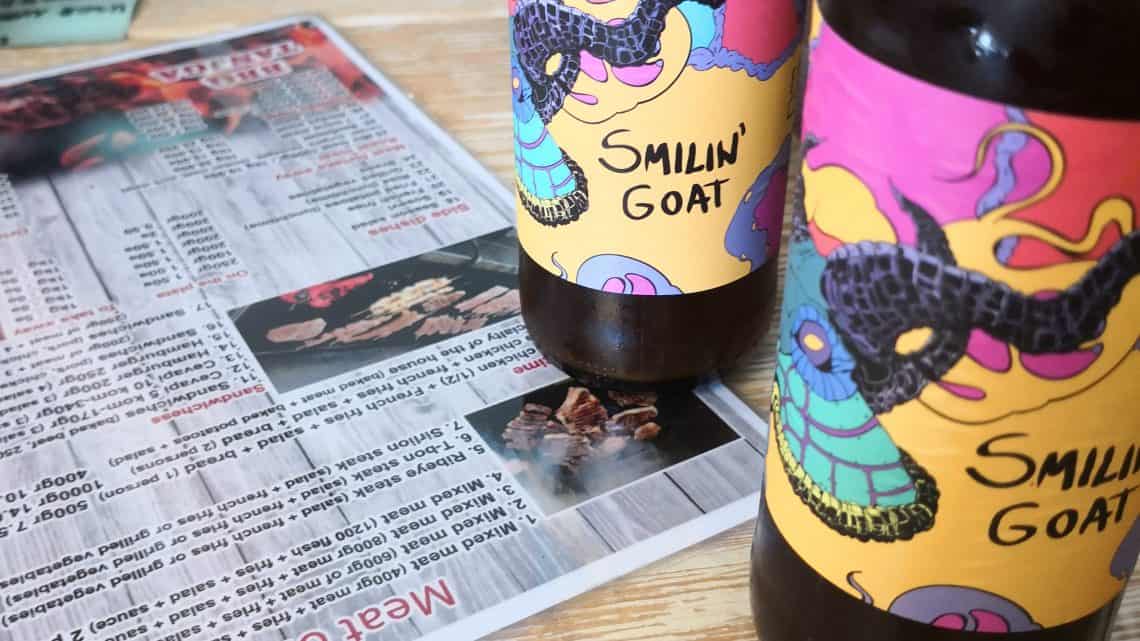 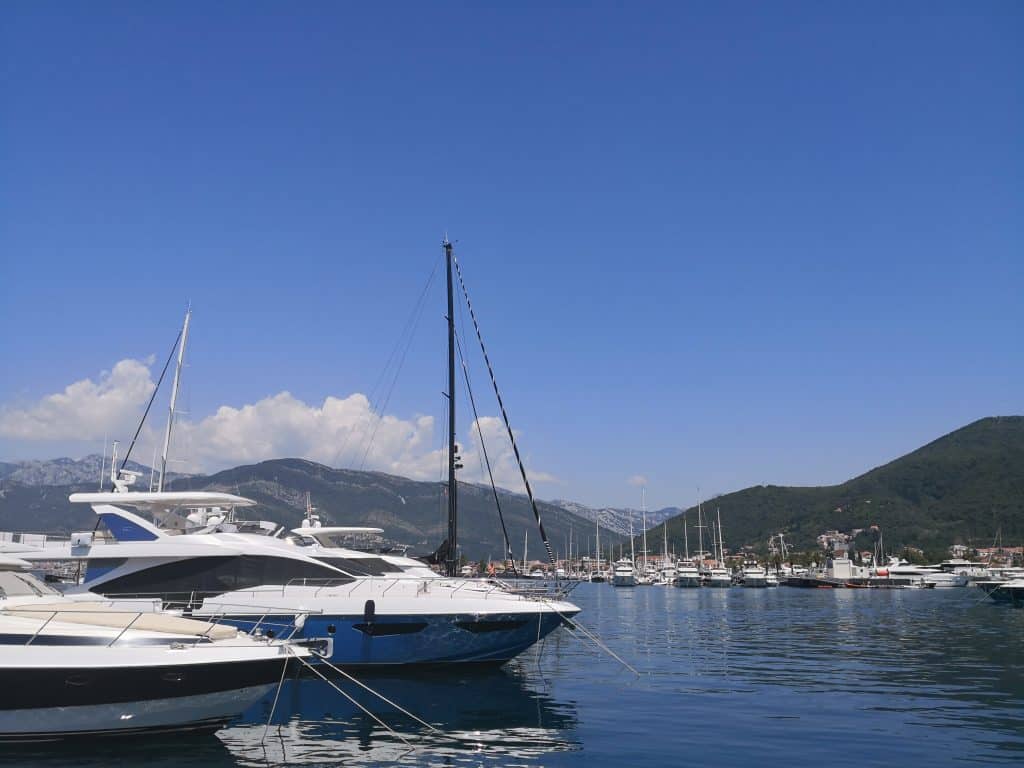 Local Bus To Tivat To Visit The MarinaWander to find the bus station. W bought tickets to Tivat – one way 2.50€ each. Waited about 25 mins.

Was about 15 mins away through the tunnel.

Coach stop was about 1Km walk to the 1st marina! Bastard! I thought it would be in the centre – Nah! Walking along a road in 30+ degrees of heat with no shade!!

Marina was nice & did a lot of walking!

Found a little bar next to the water & was cheap – we thought we would have our eyes taken out with it being a Marina. Rich people can also be tight.

WhatsApp Will about Biggin’s yacht…. but the selfish bastard had sold it! 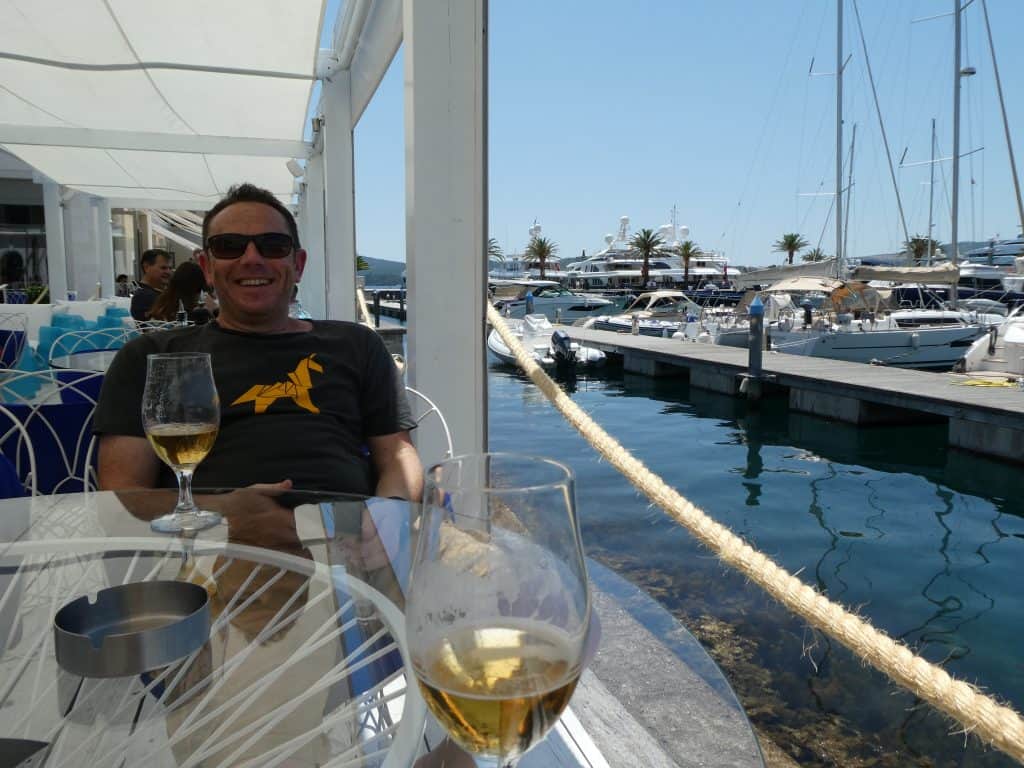 The owner was very charismatic. They also sold craft beer! 2.5€ – Smilin’ Goat (brewed by Fabrika brewery) I had read on TripAdvisor that they do amazing roast potatoes – so I mentioned it to him whilst we were eating & sure enough, over he popped with some & just dumped some on our platter 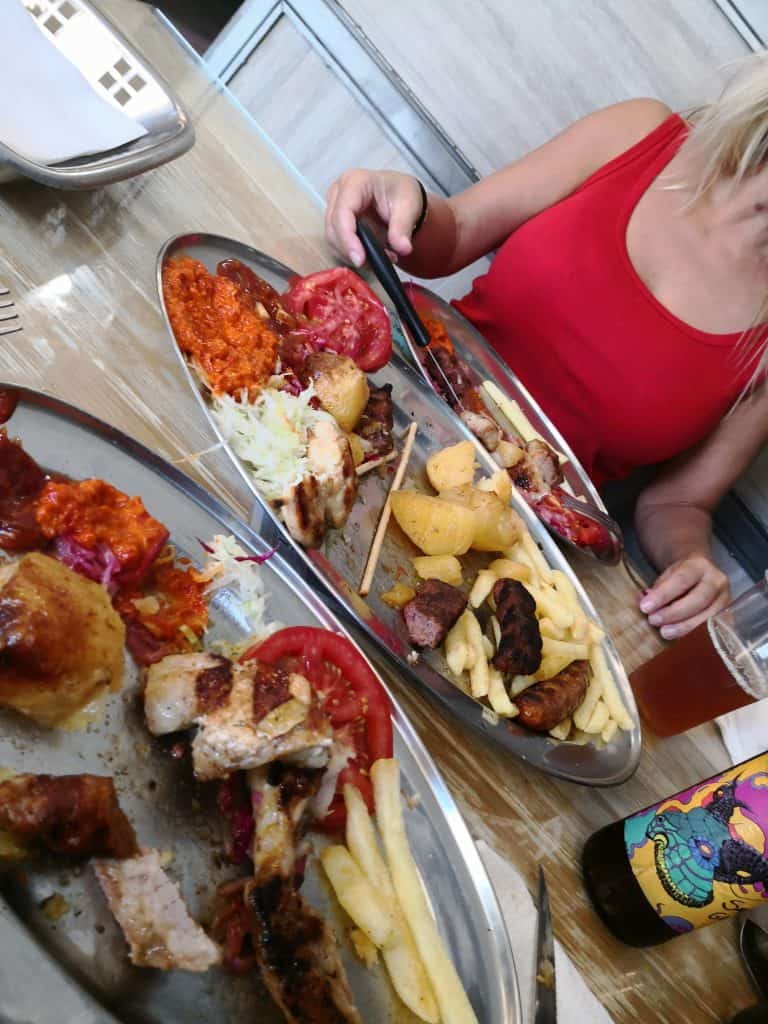 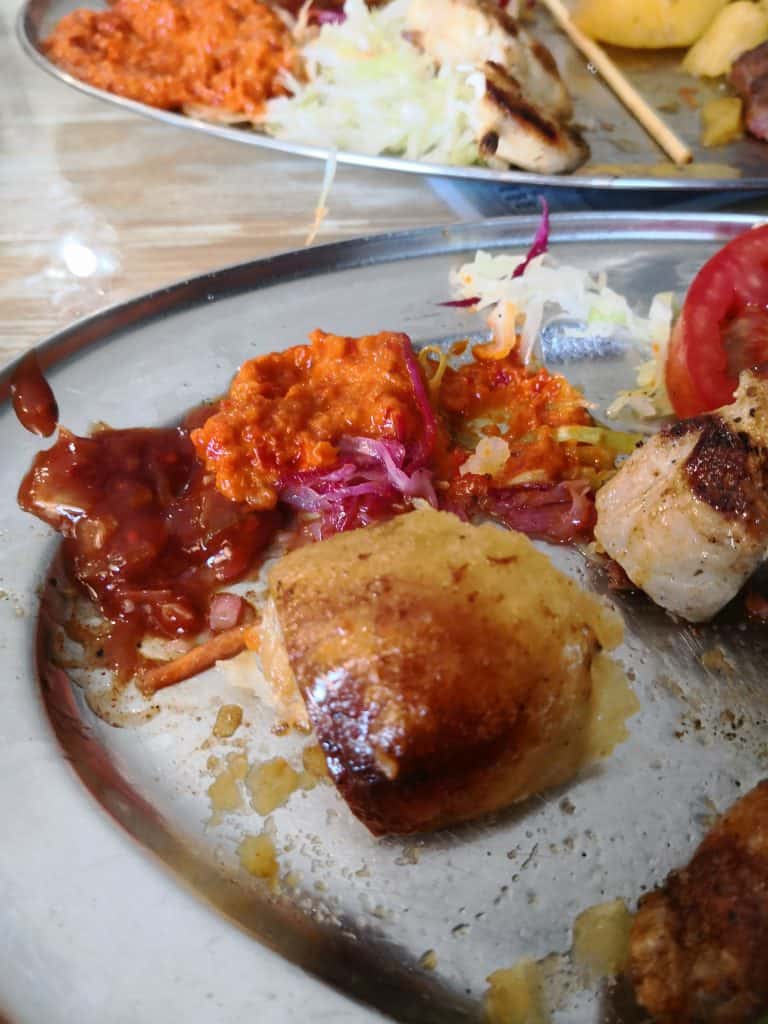 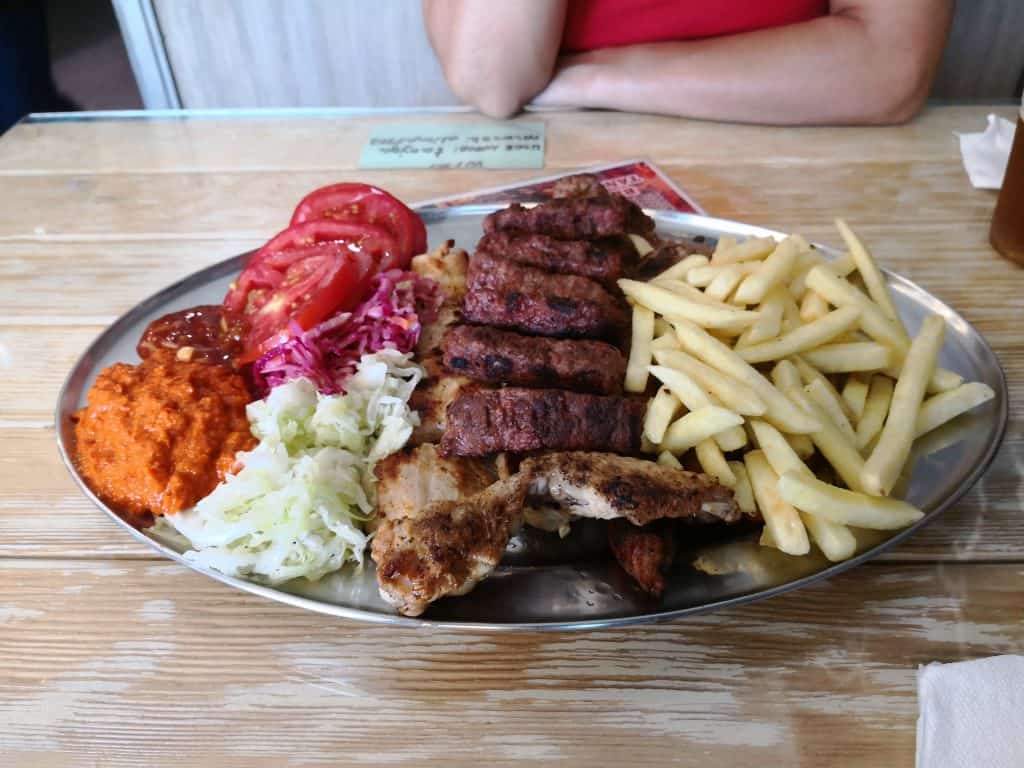 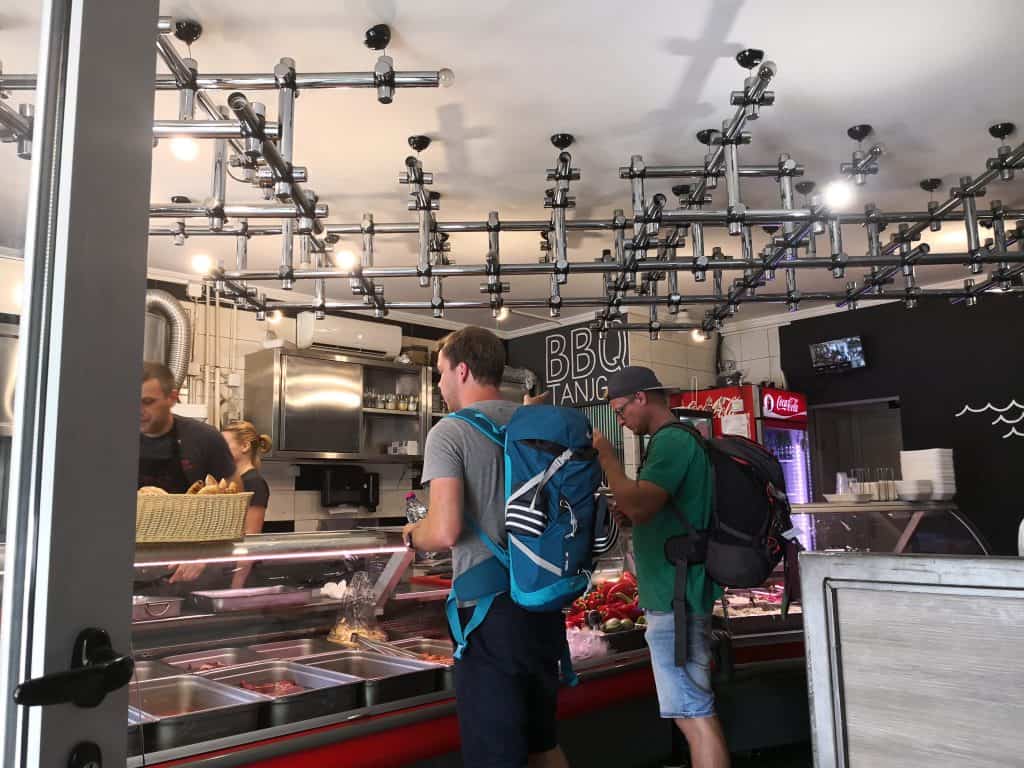 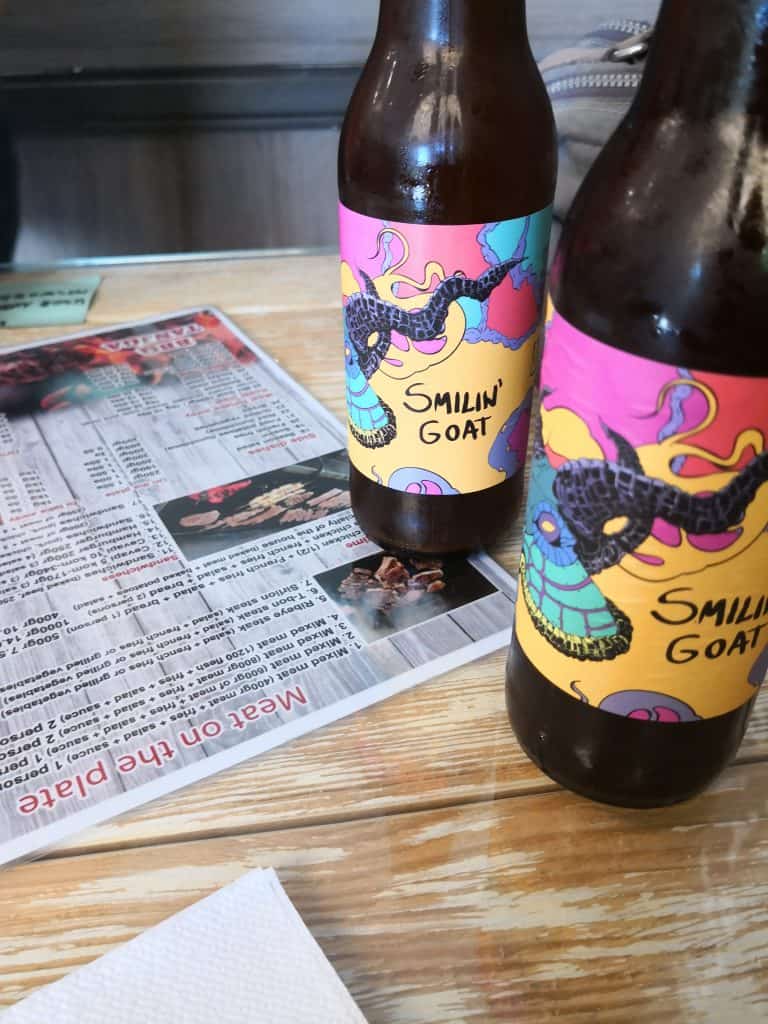 Wandering to the other end of Kotor to see it & try and find a bit of beach to layout in.

Lisa found a spot, but I was way too warm & sought shade curled up behind what can only be described as a big pineapple. Not a ‘holiday highlight’.

Had a few wines & eventually a bowl of pasta in a lovely little square – Konoba Roma – The food wasn’t ‘amaze-balls’. Still, it was in a lovely position & the staff seemed very nice & attentive, and quite a few people around us were back again. 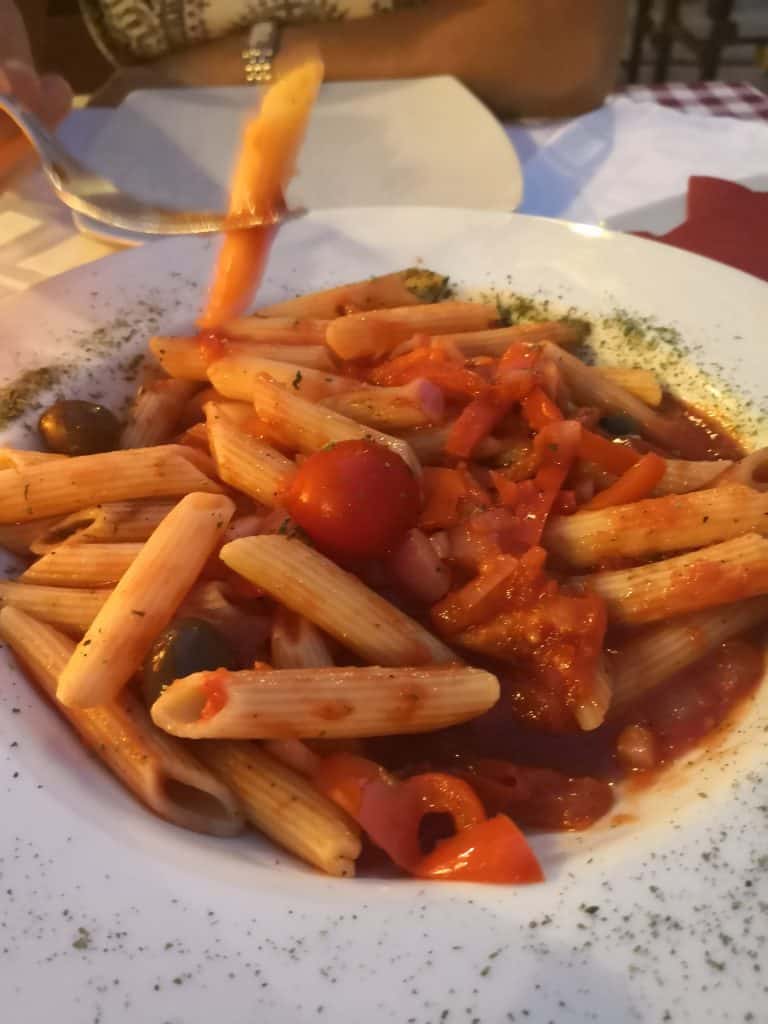 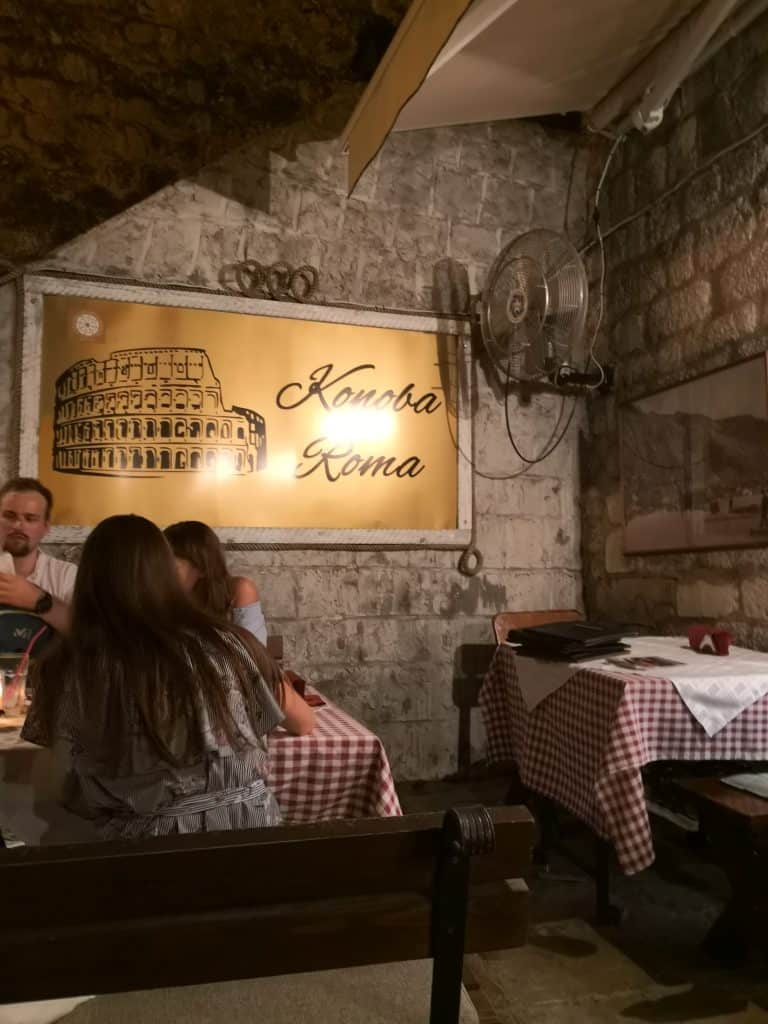 Bed ready for the start of the ‘real tour’.