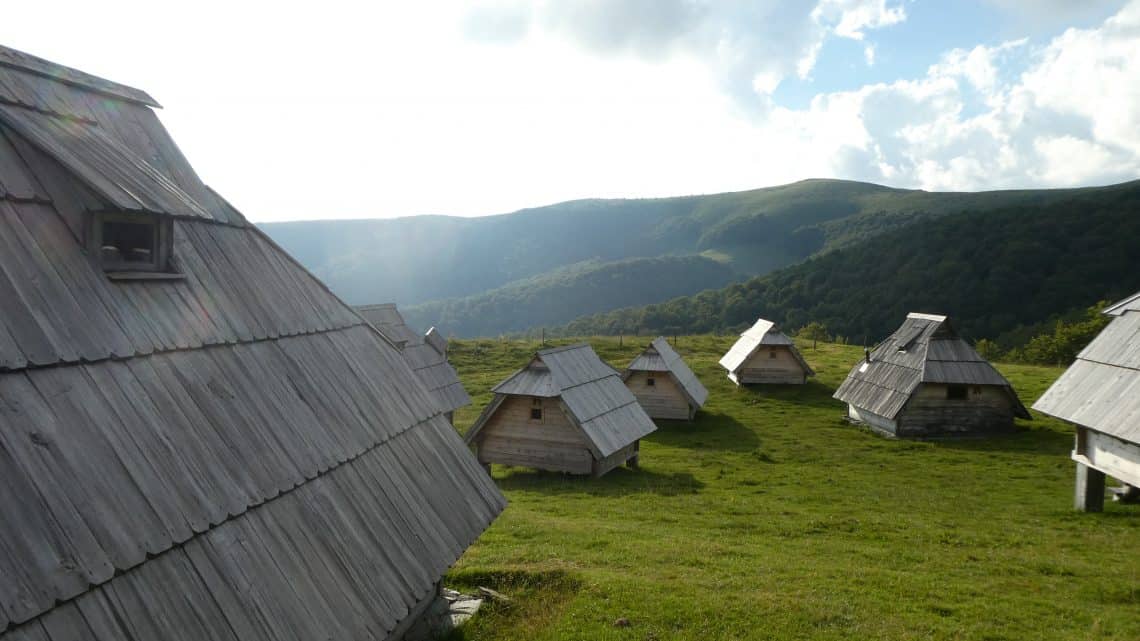 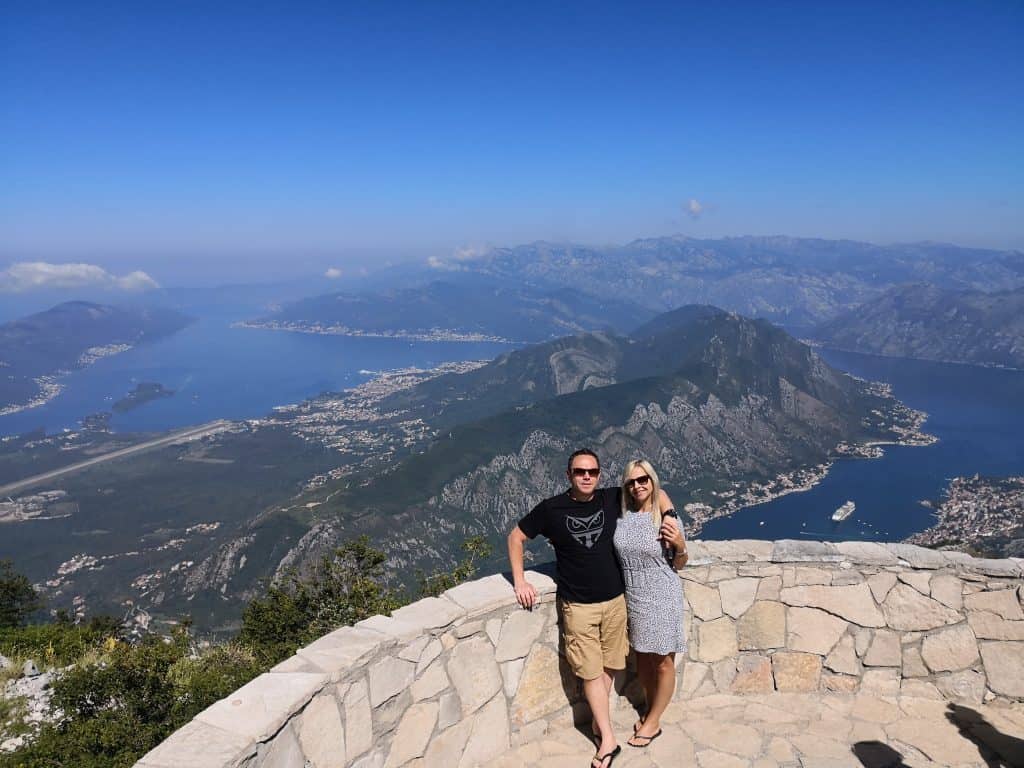 The last brekkie at Kotor – 8 am. New people had arrived for the trip.

The 5 girls had Carl & Sharon.

The Gang Is Together & The Driving Begins!

Stopped at an awesome viewing point where we could see Kotor & Tivat.

The 1st proper stop was the NjegošMausoleum. Very impressive.

Nearly 500 steps to the top. The views were beautiful.

The guide Illja was very passionate about it & never turned his back to the ‘shrine’. 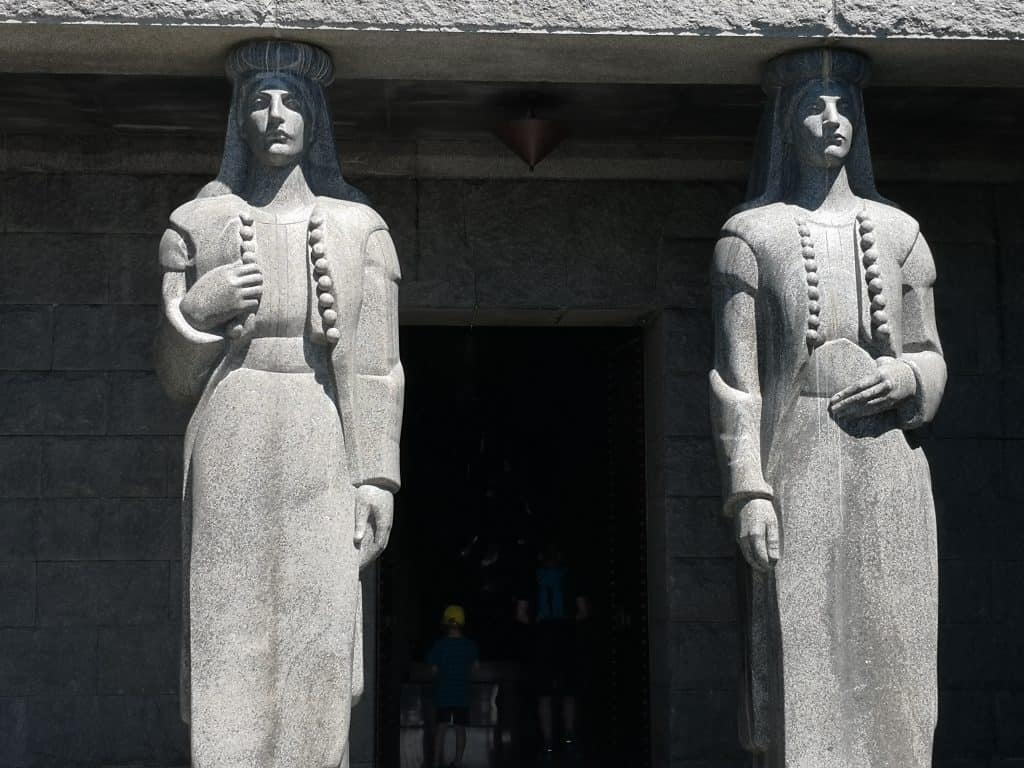 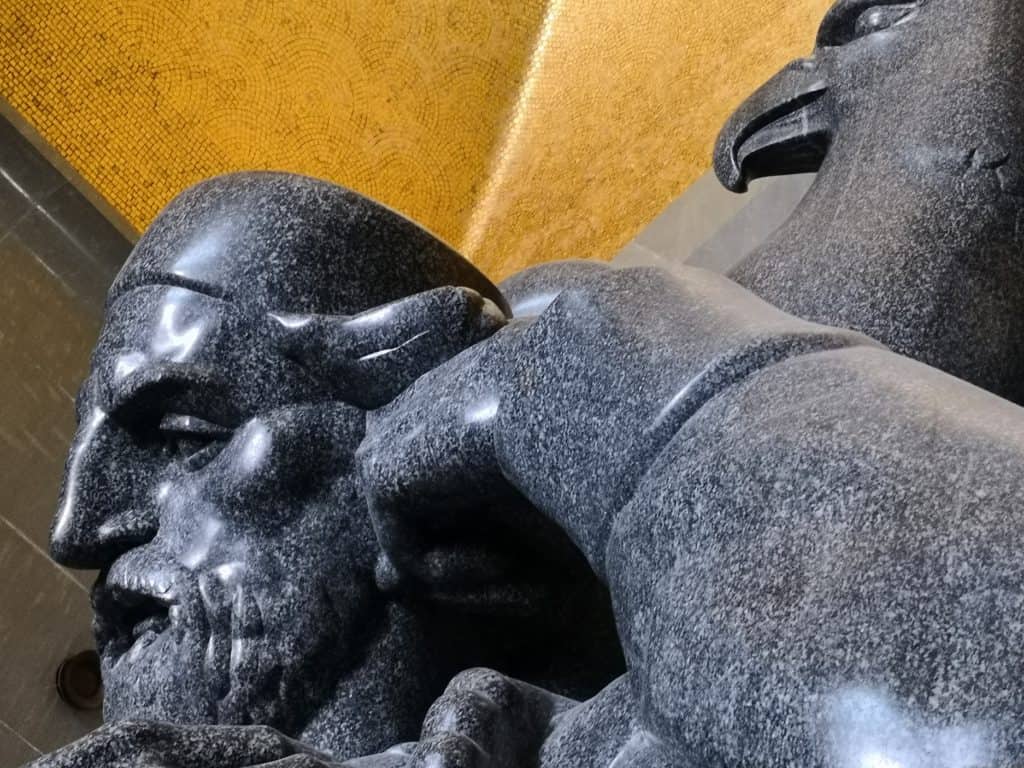 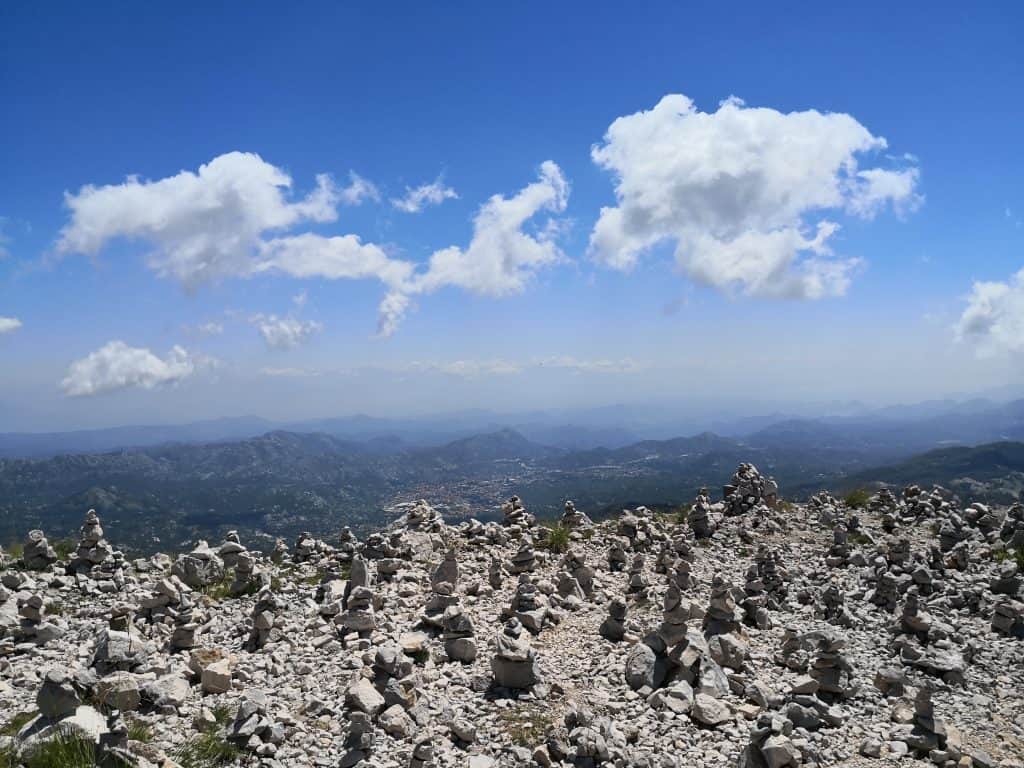 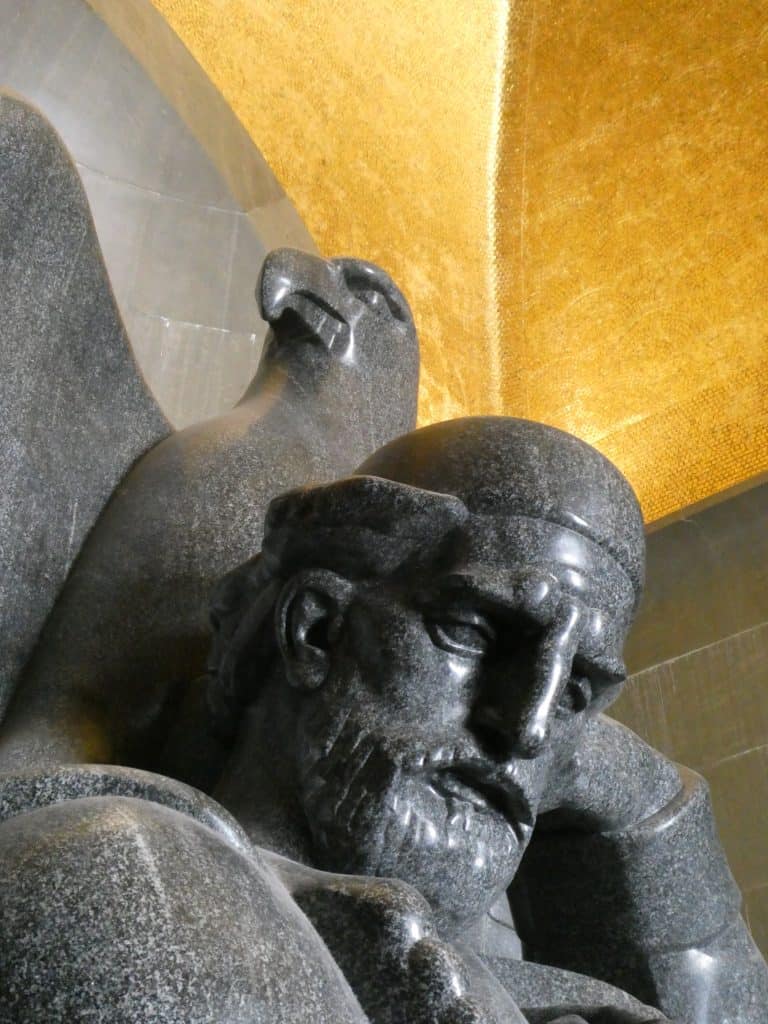 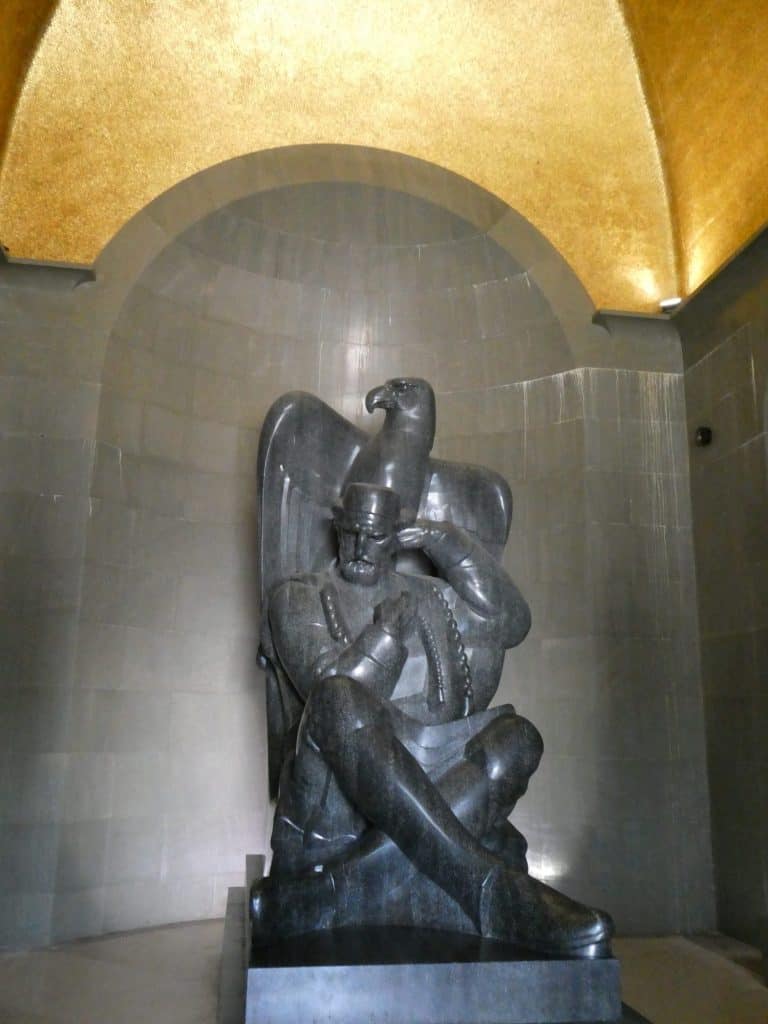 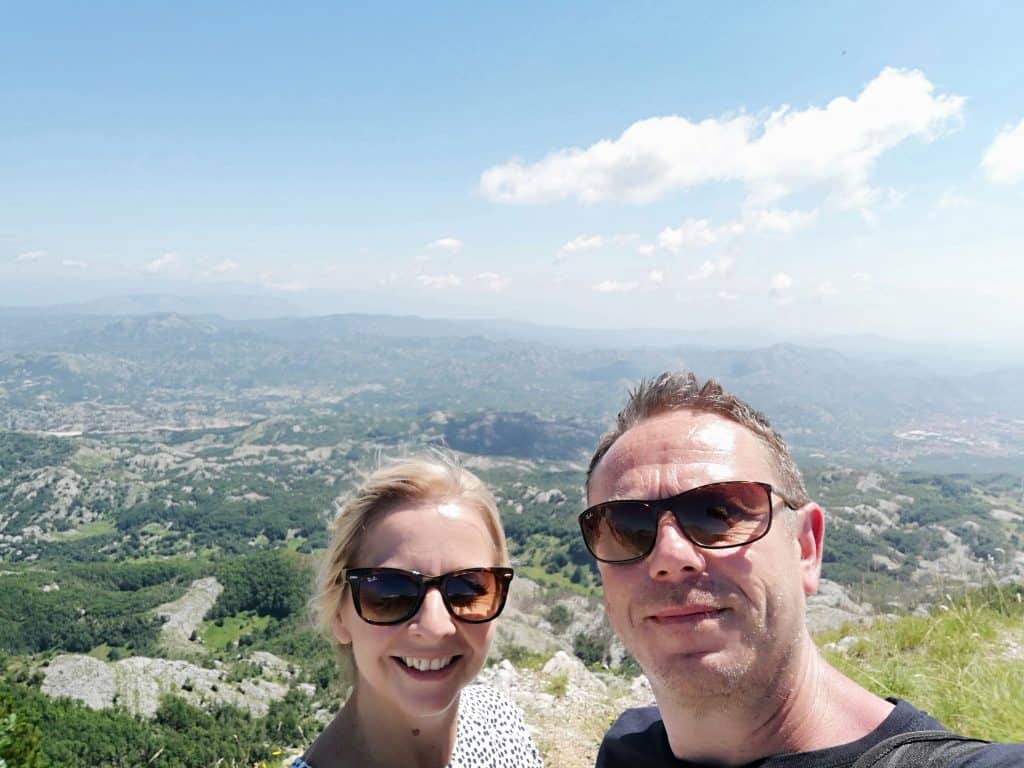 The next stop was a monastery. It was lovely & had other lovely gardens. 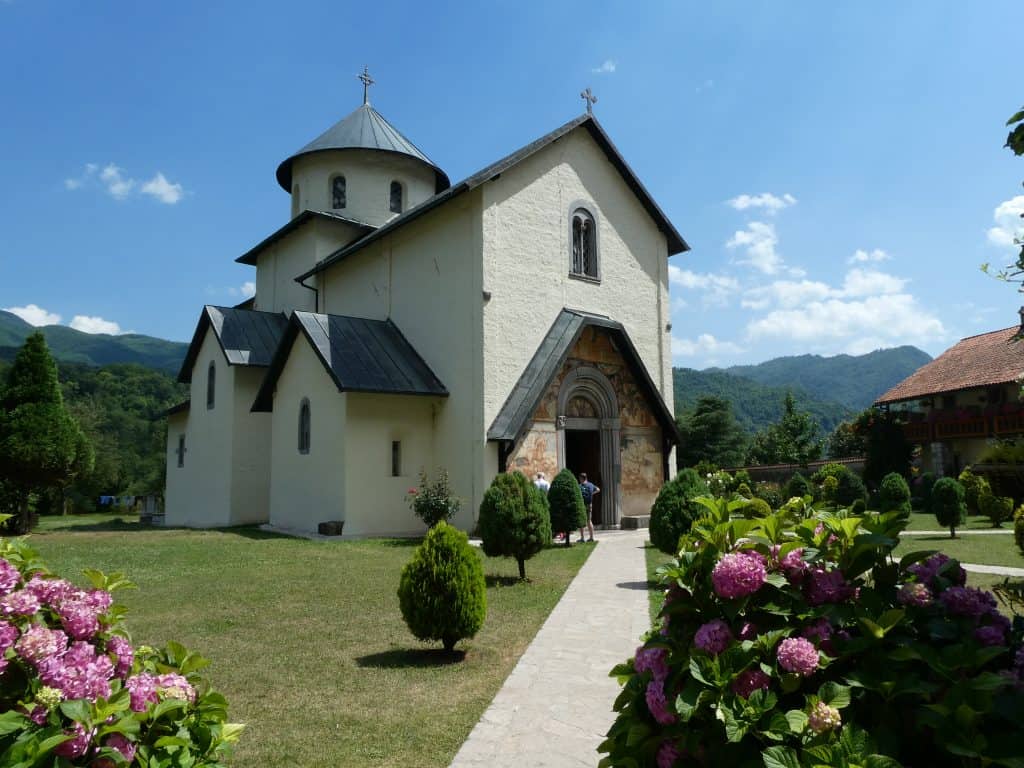 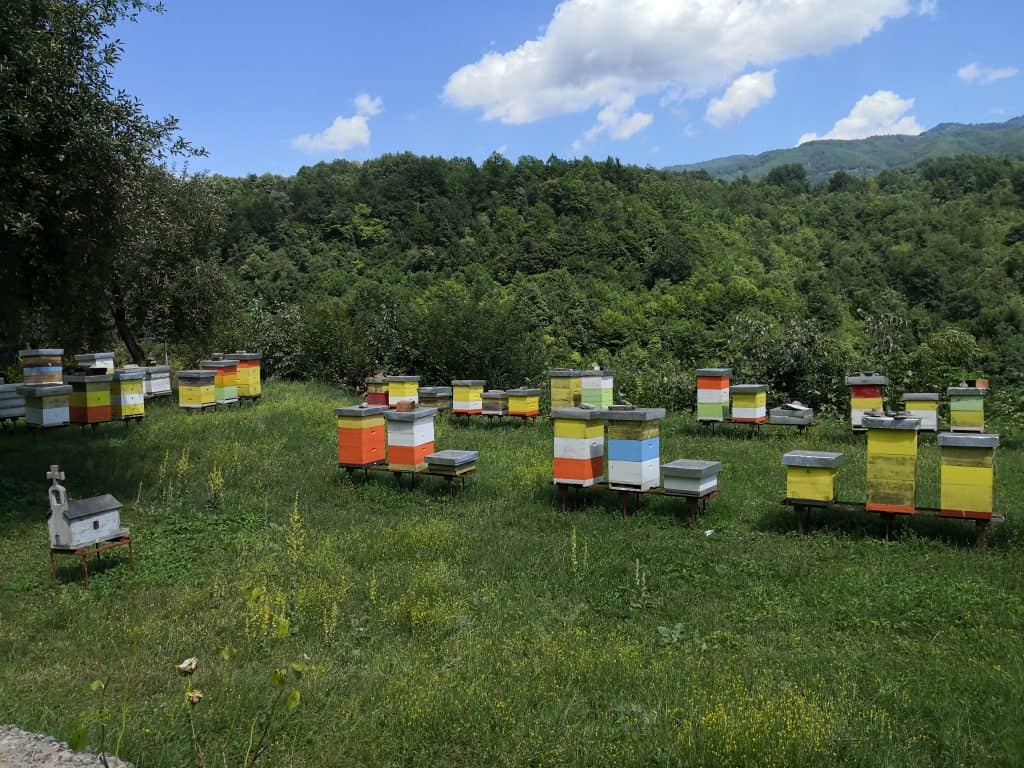 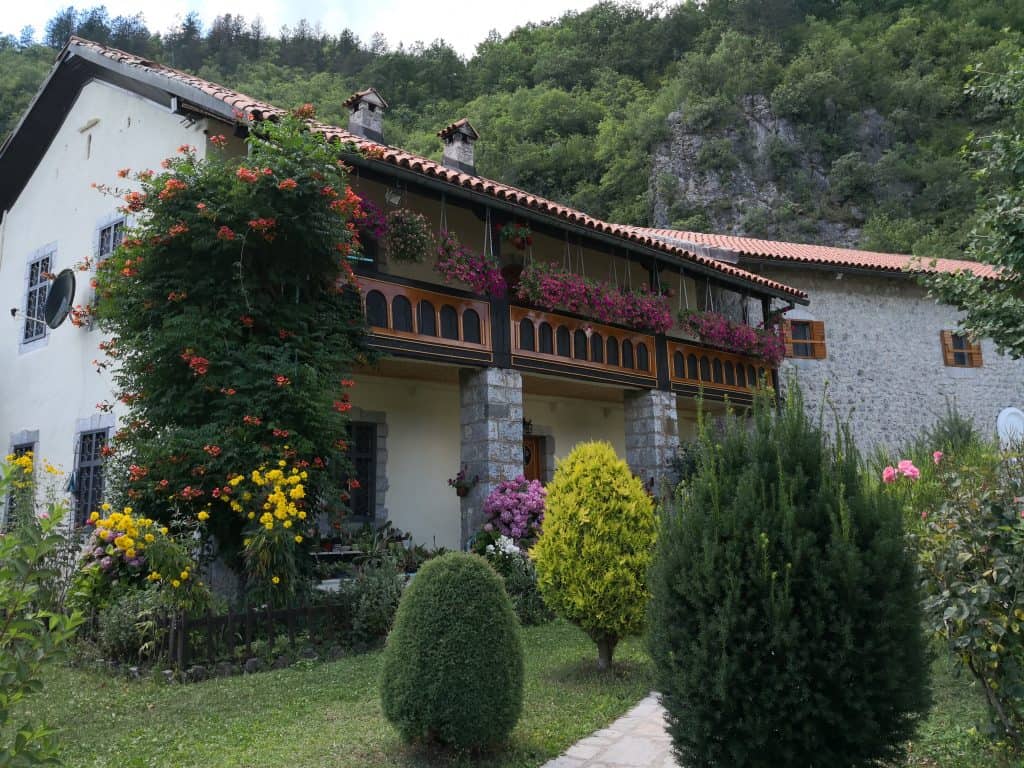 Next stop lunch. Girls didn’t hear that all the food came with potatoes so ordered more! SO many potatoes.

We had beer & wine. Nobody else did! Why is that!?

On 2nd ordering a few others ‘loosened up’ & had beer.

The group starts to chat. 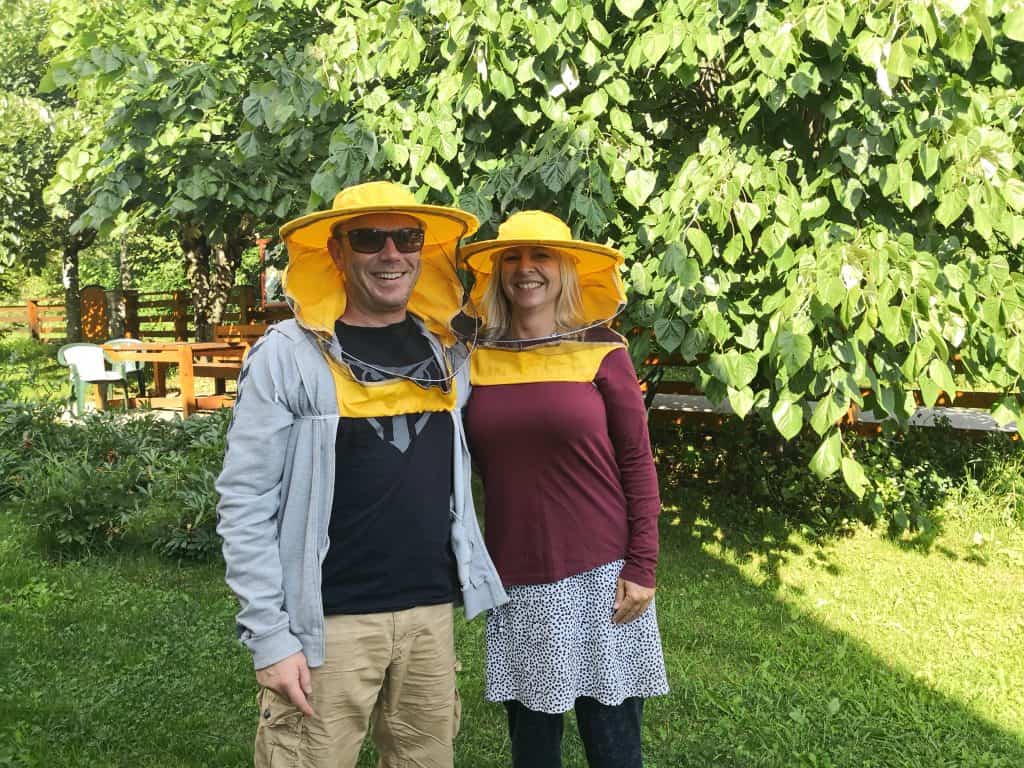 What a couple of handpumps!

We had bee hats & were even given other stuff to cover arms etc.

The ants on everyone’s feet were more of a nuisance!

Next up, honey tasting & liquor drinking in a ‘cabin’ in his garden. 3 types of honey served with dumplings & 3 types of liquor. 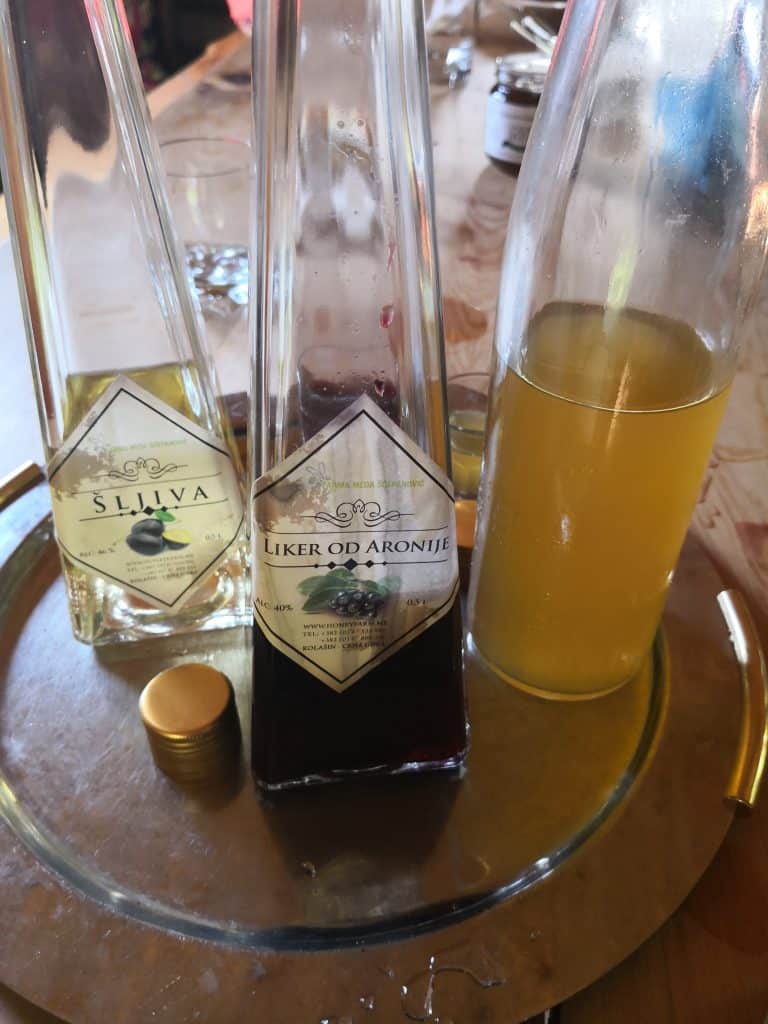 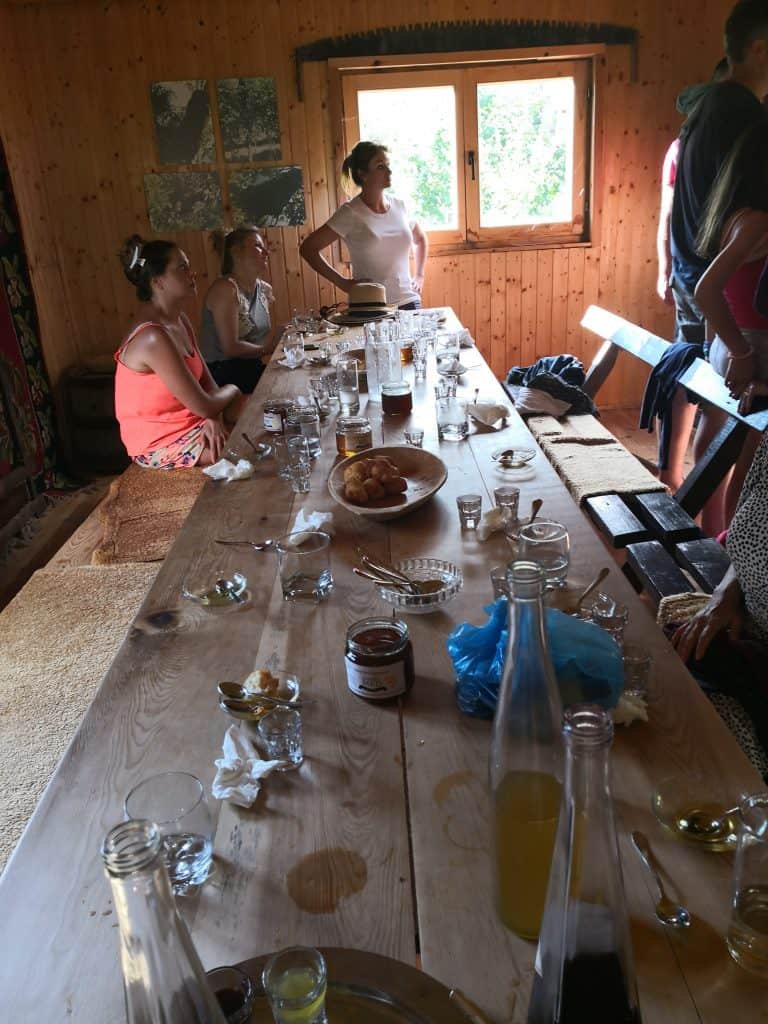 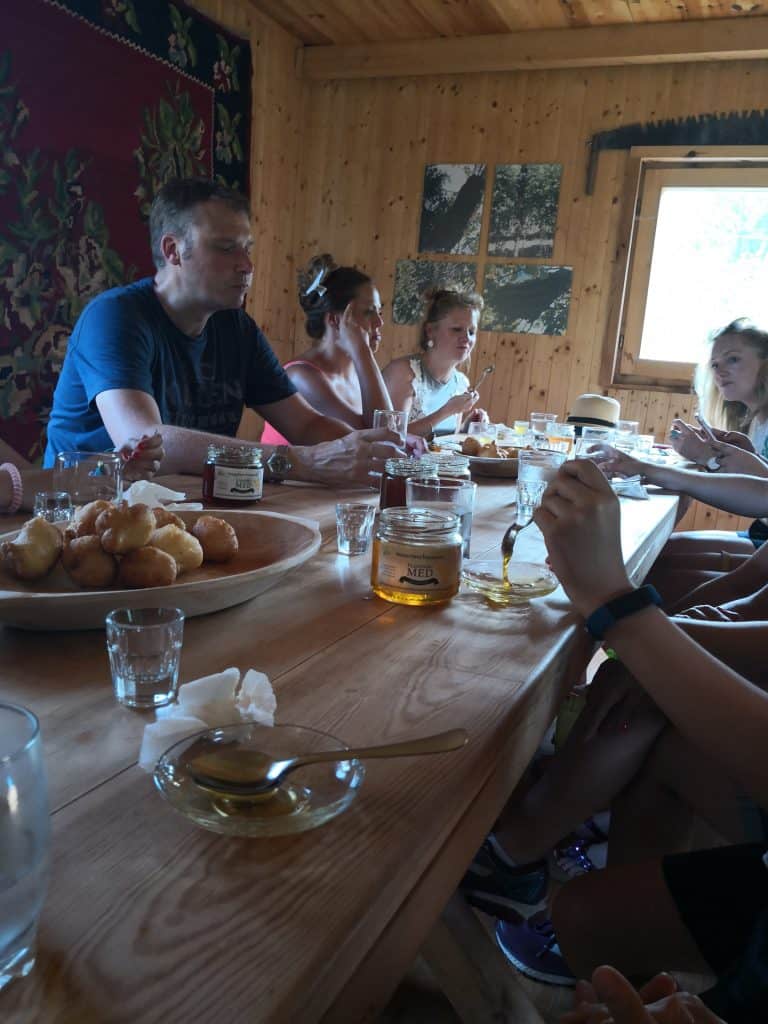 Eco Lodge In The Mountains

Next stop was our home for the night. The 1st Eco Lodge.

Transferred from transit vans into a few 4×4’s to go up the mountain to the lodges.

Basically – 2 single beds, that was it – no electricity or lights – this is where you appreciate the little light on your phone! 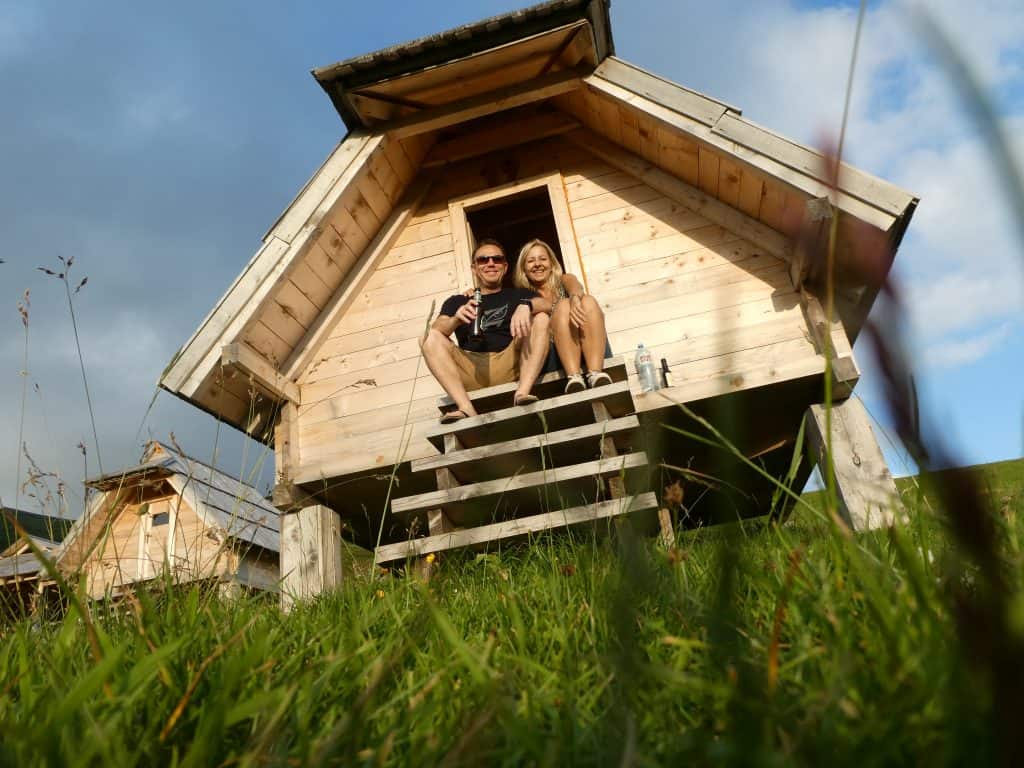 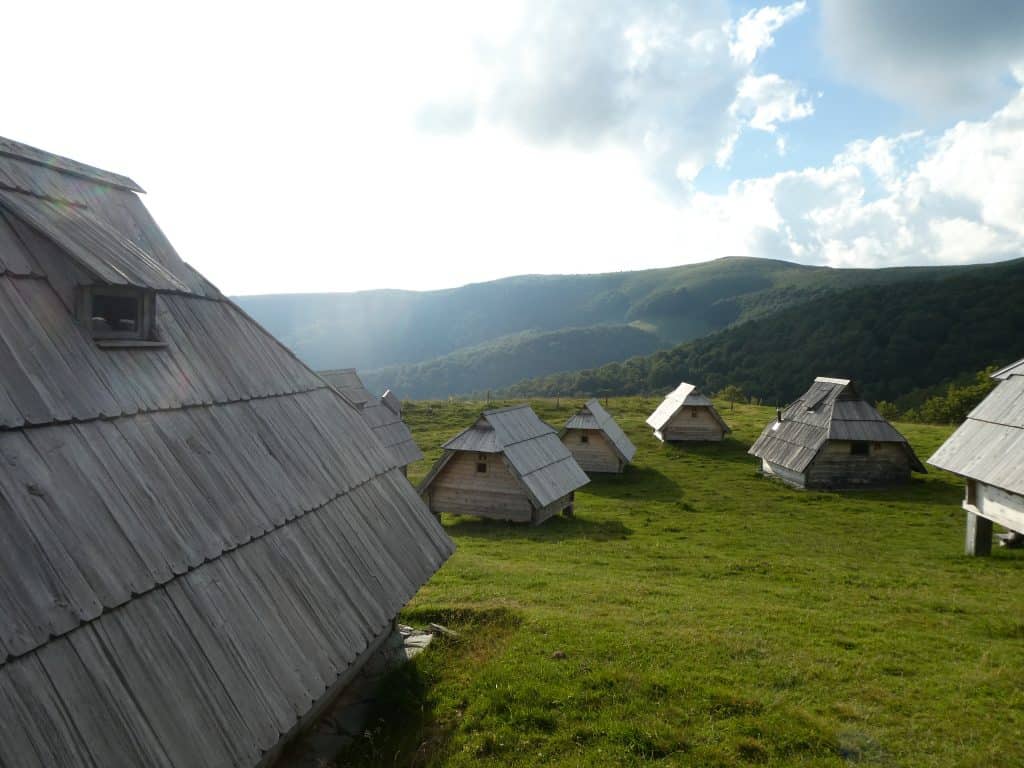 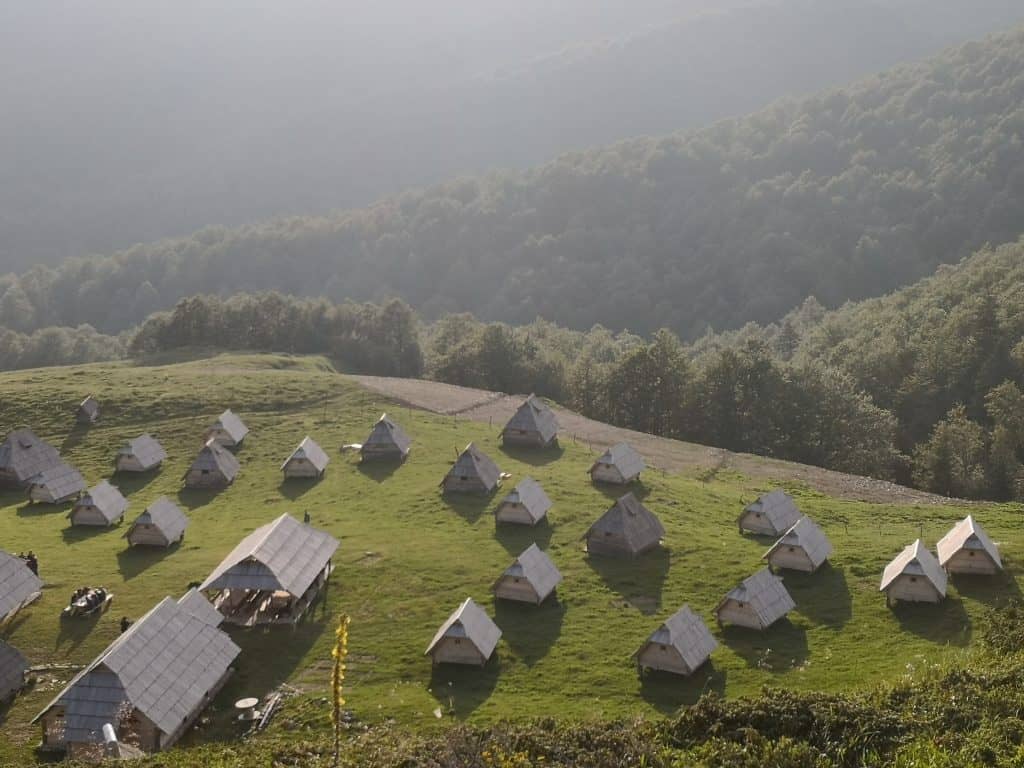 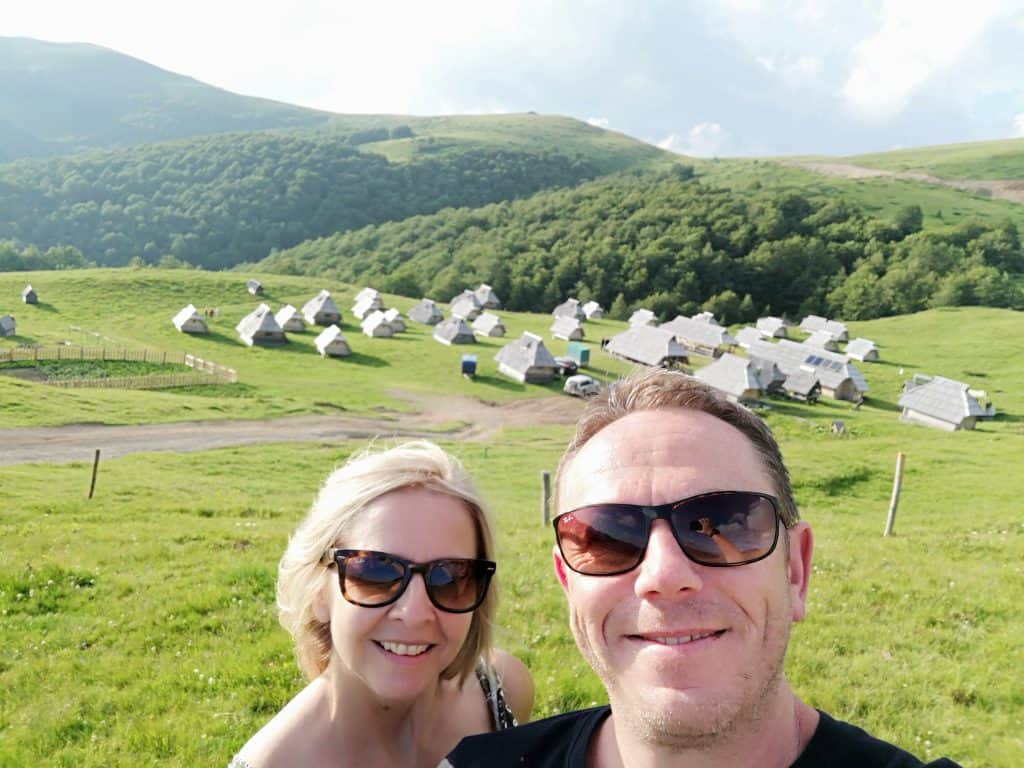 An Eco Evening Of Fine Dining?

Had the meal that night. An experience! Didn’t get a picture of it though!

– Soup – Warm water with tiny bits of carrots & noodle. It tasted of water with lots of oil in!!

I’d put that down as an evening detox.

The stars were amazing.

J & S tried to sort a pot noodle for the kids. It is really hard to get hot water. I gave up in the end!

Lots of people were blinded by the smoke from the fire in the shelter. It was a shame the tables weren’t a bit bigger as we were all split across 2 tables.

It was a great little place that they rebuild each year as it gets covered in snow.

One night was enough though.

Carl apparently went arse over tit down the hill in the night as Sharon wanted to go to the toilet. He was half asleep & half pissed – he rolled & rolled & rolled, stopping at the feet of a cow which was merrily eating.

CategoryMontenegro All Posts Our Trips Slider