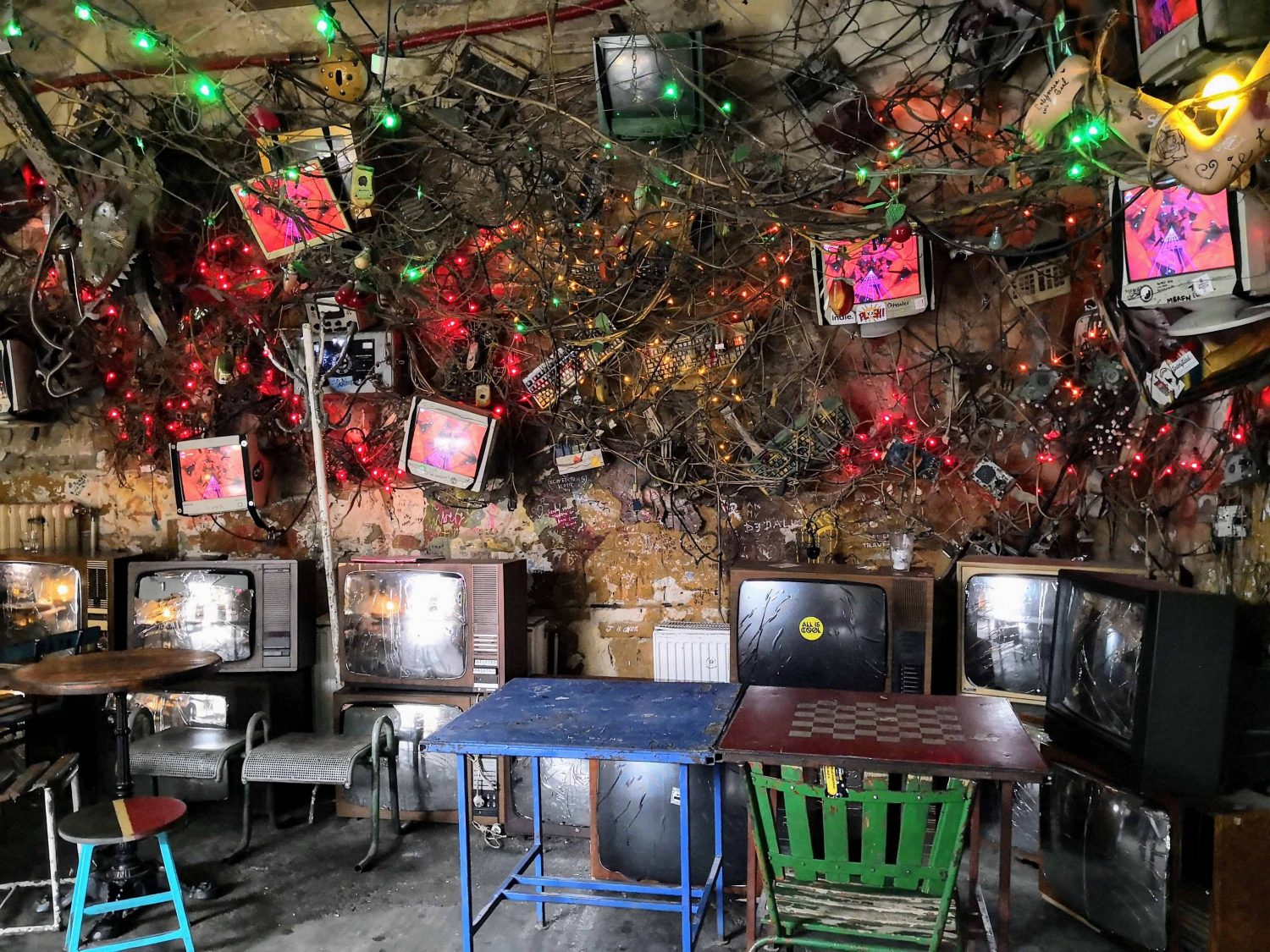 Pissing down – we had done really well weather’wise – today it was pretty much lashing it (still warm tho!).

The World’s Most Expensive Potatoes!

We were starving & found a place doing food. We then purchased some of the most expensive potatoes ever eaten! – they were just potatoes with salami meat & onion but despite being ‘dirty’ & hitting the spot they were not cheap! We also spent ages waiting as a Chinese tourist kept ordering stuff!!

Gerbaud Cafe – Prosecco & 1 cake – lovely place, not cheap – we ordered what turned out to be a tiny individual bottle of bubbly between us! 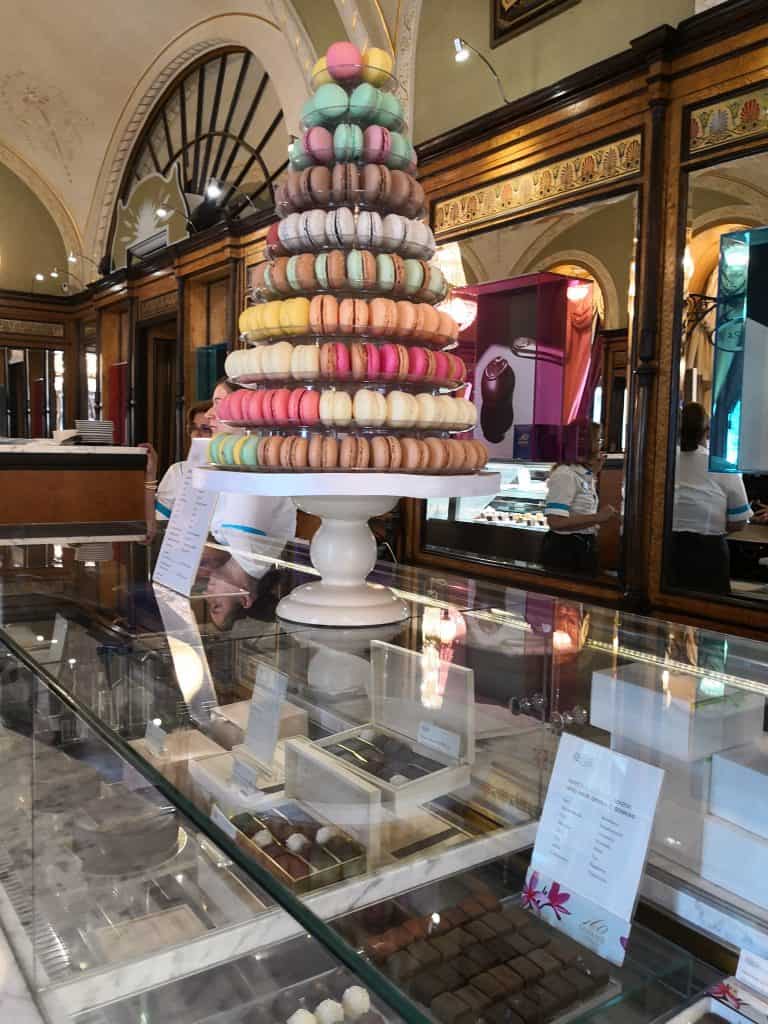 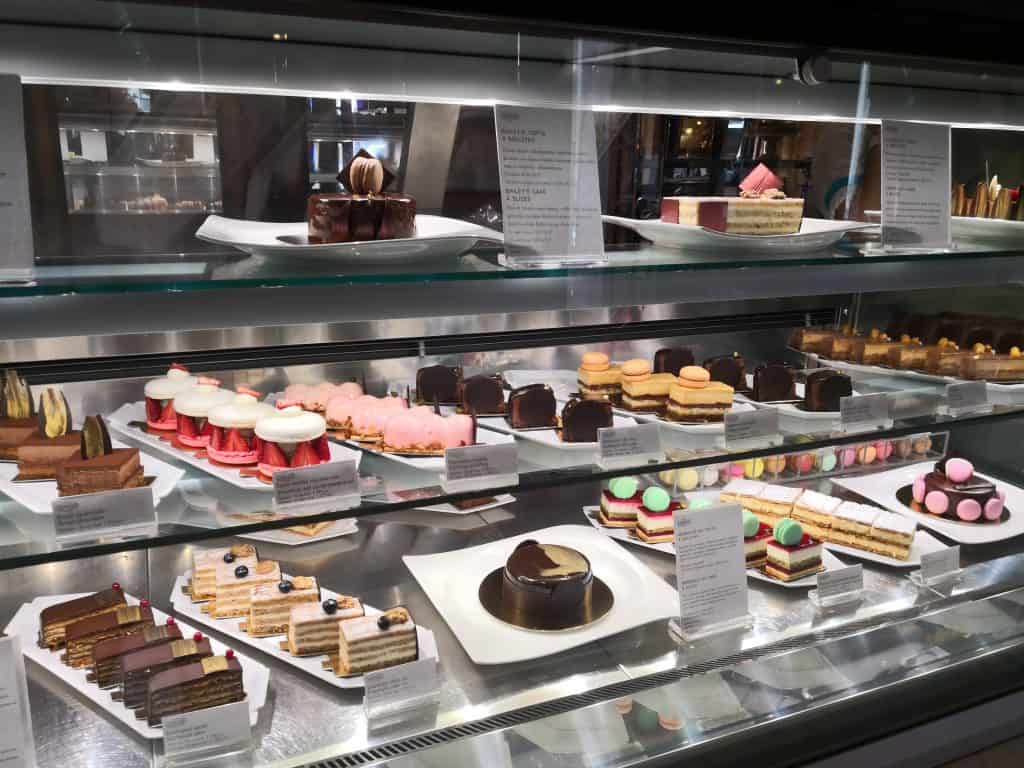 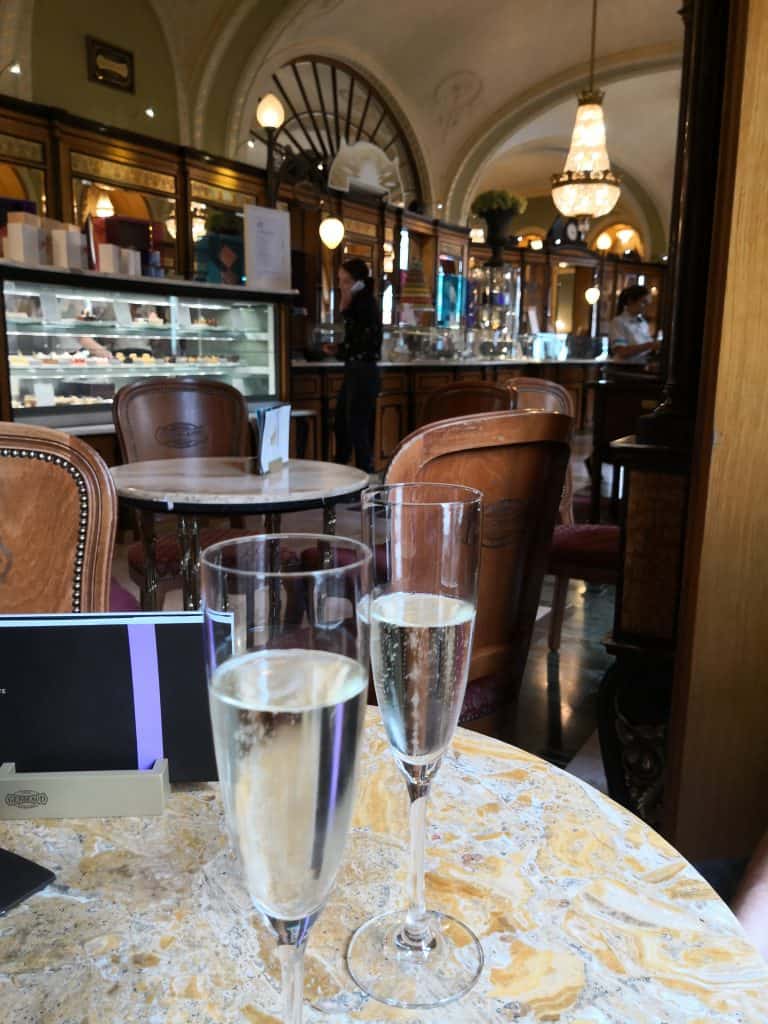 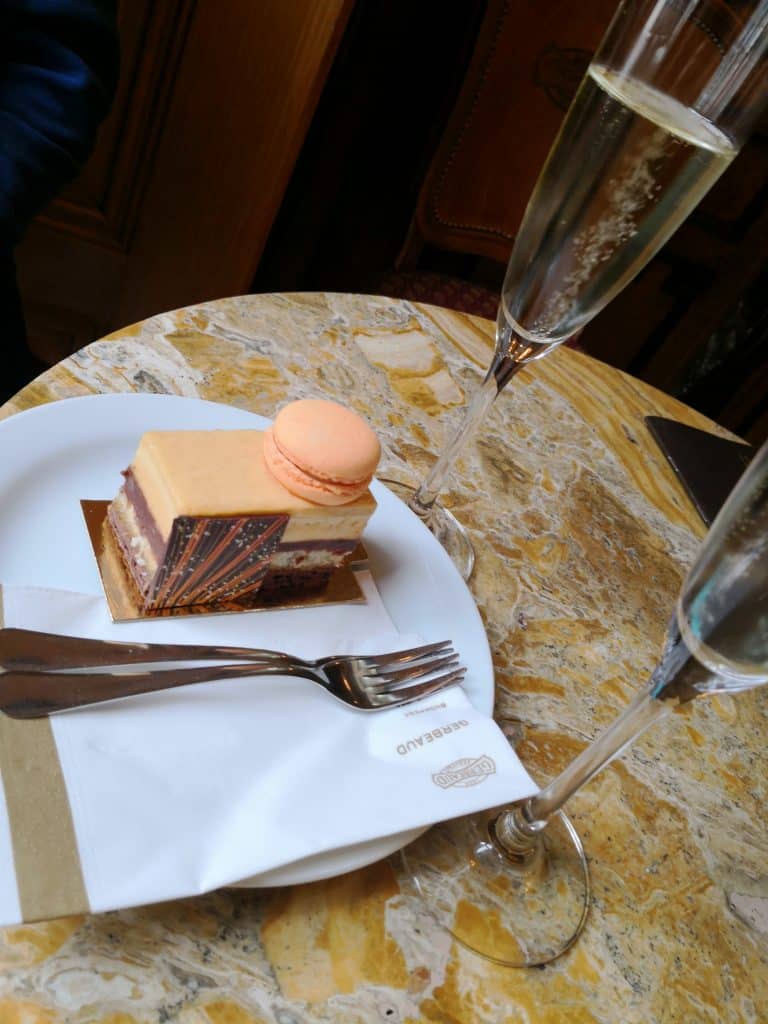 The view was impressive but the day was dismal & dull with grey skies. 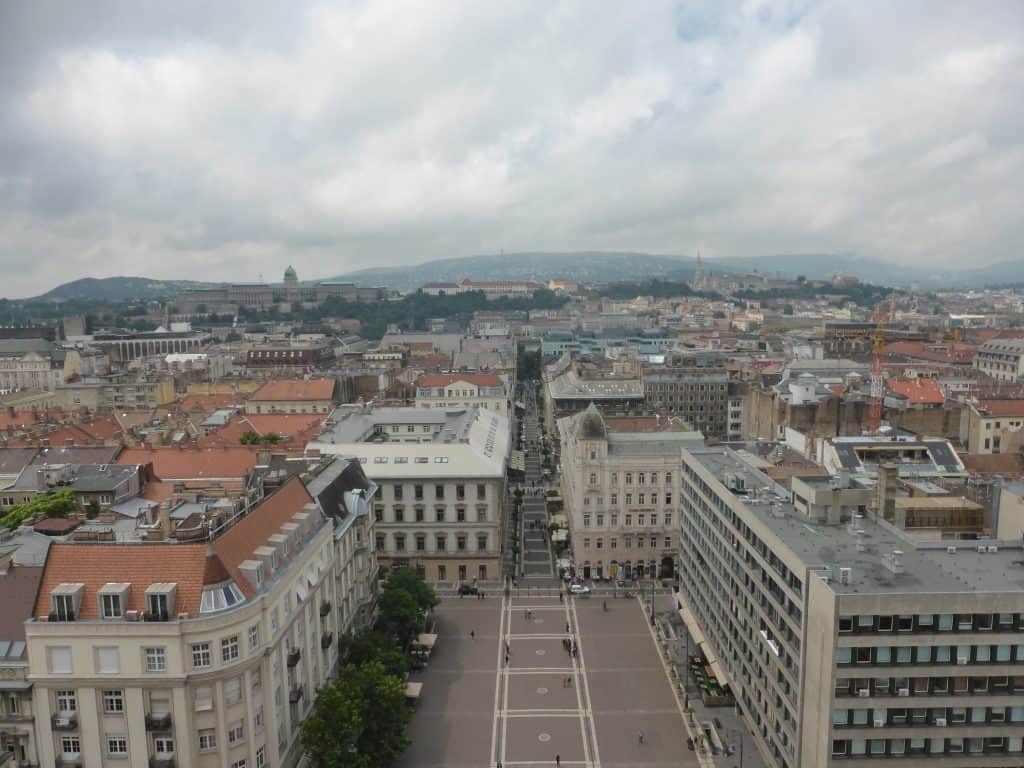 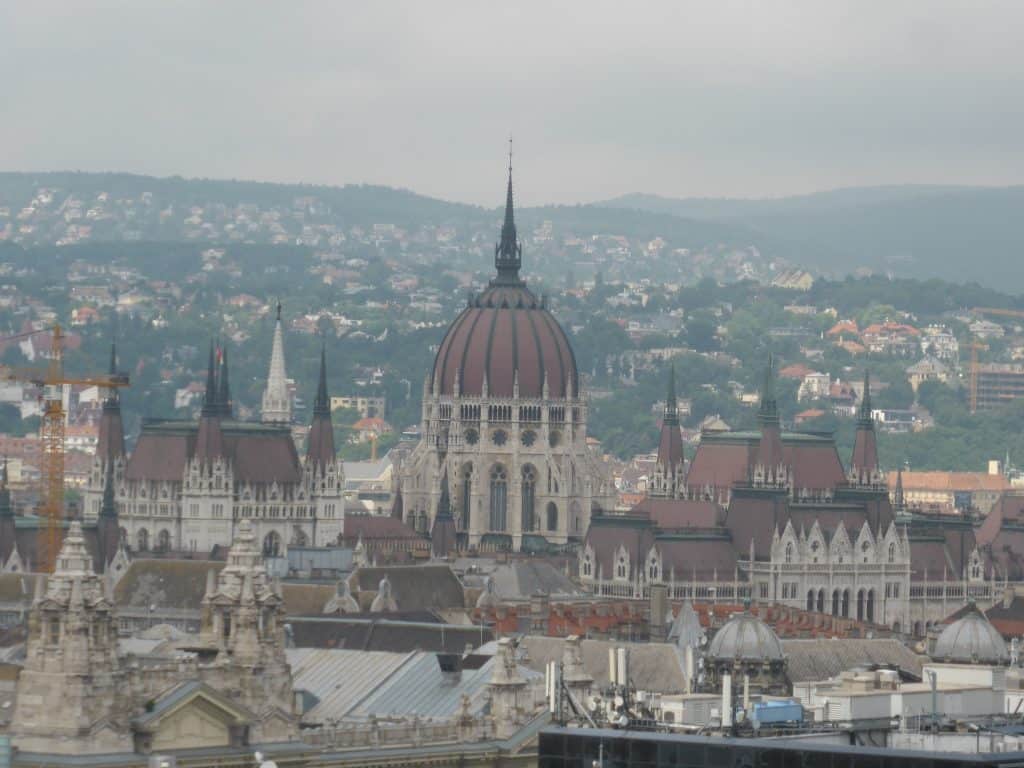 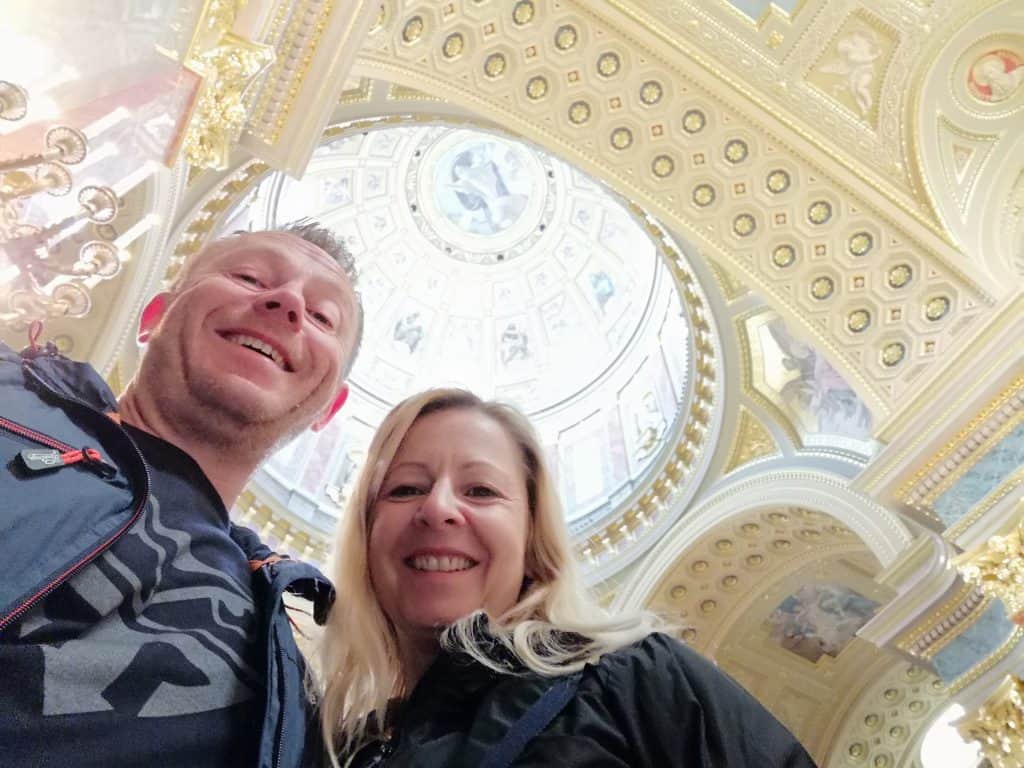 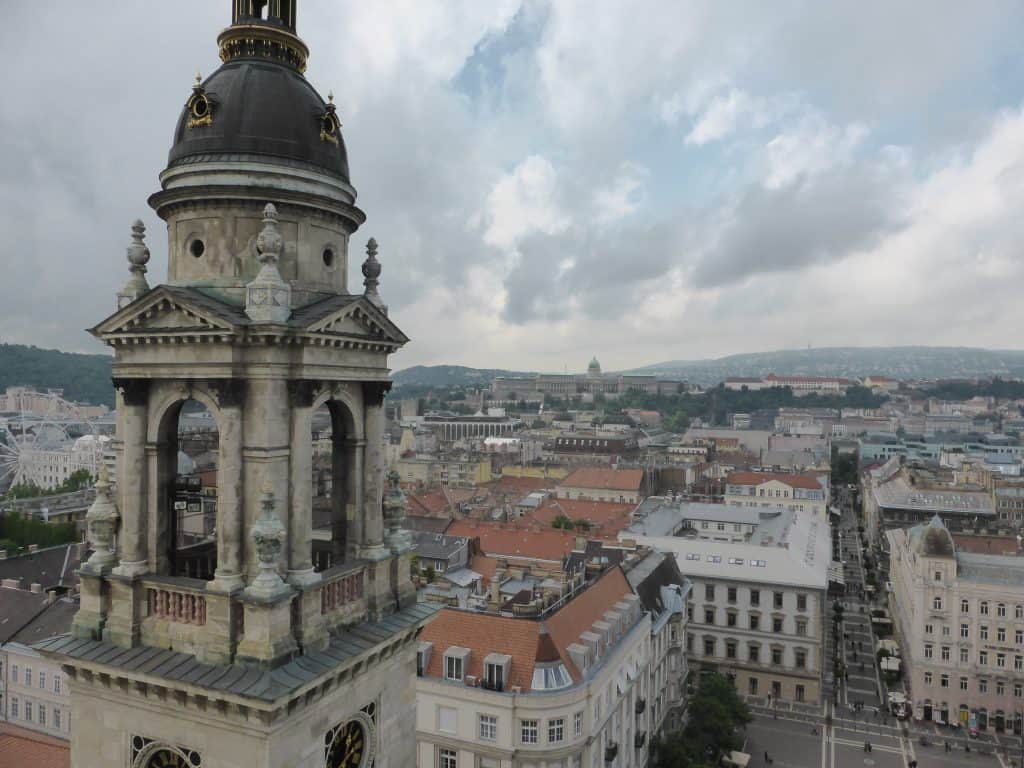 Then we went wandering for wine – there was supposed to be a good place near us…..it was shut! 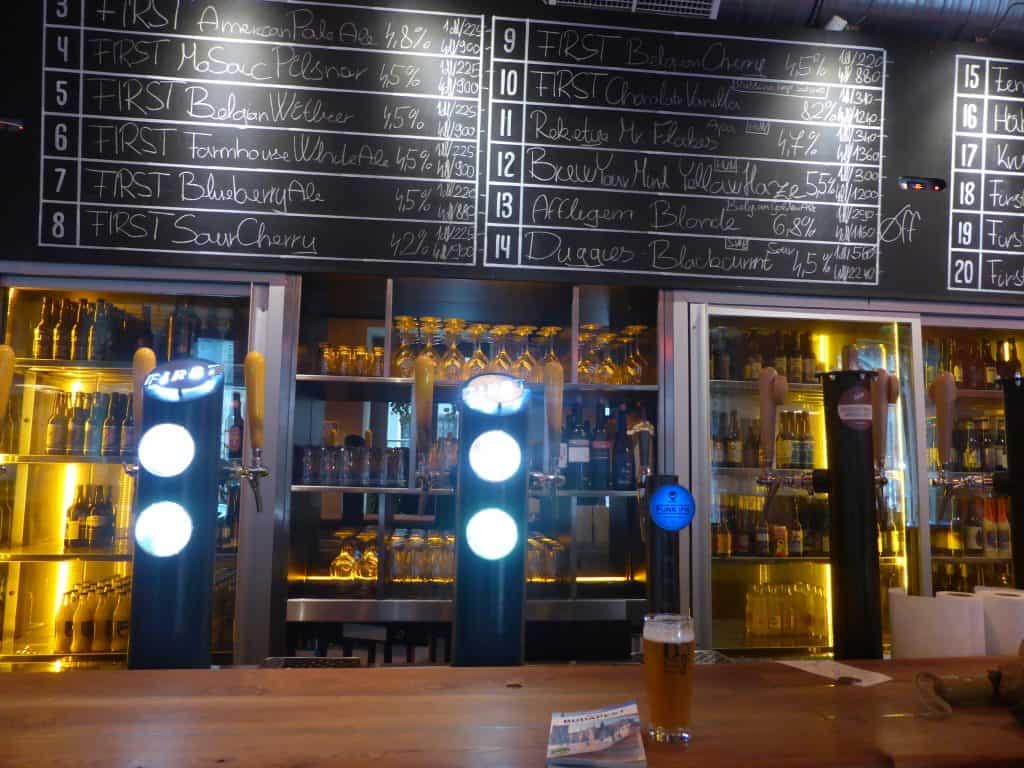 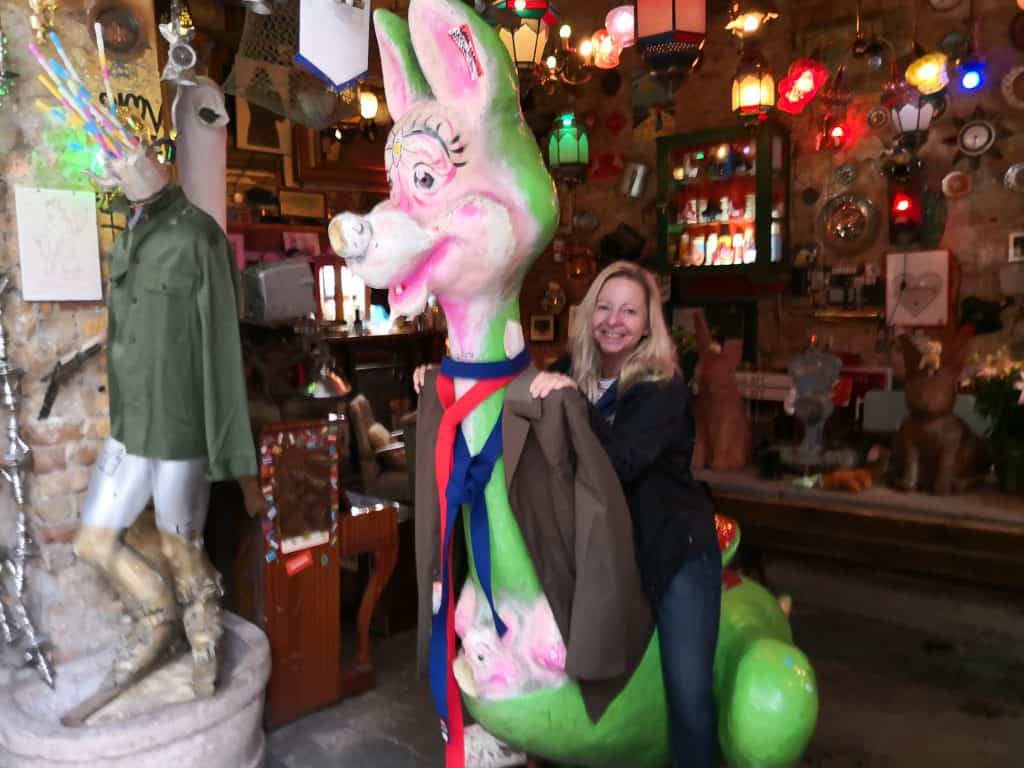 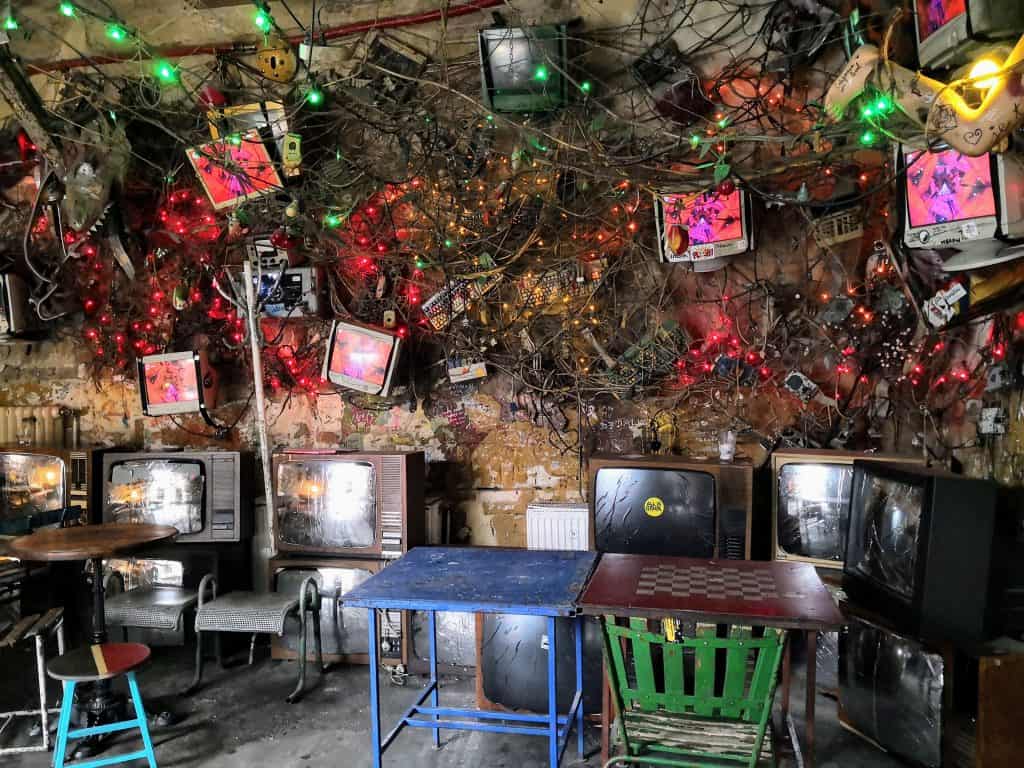 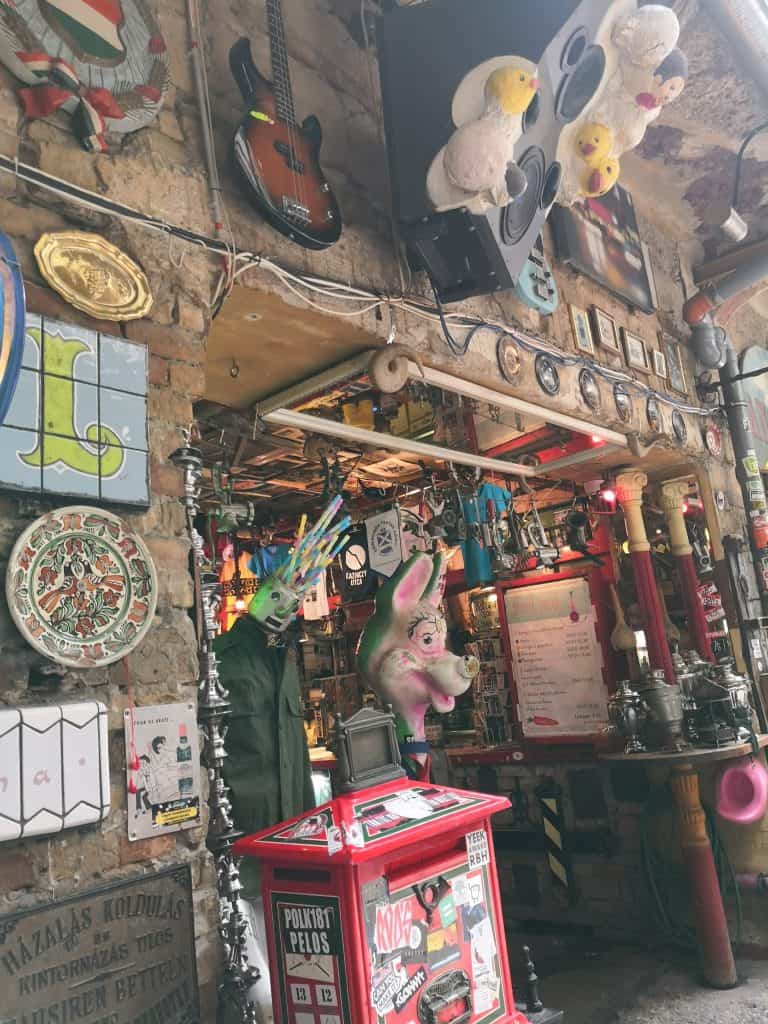 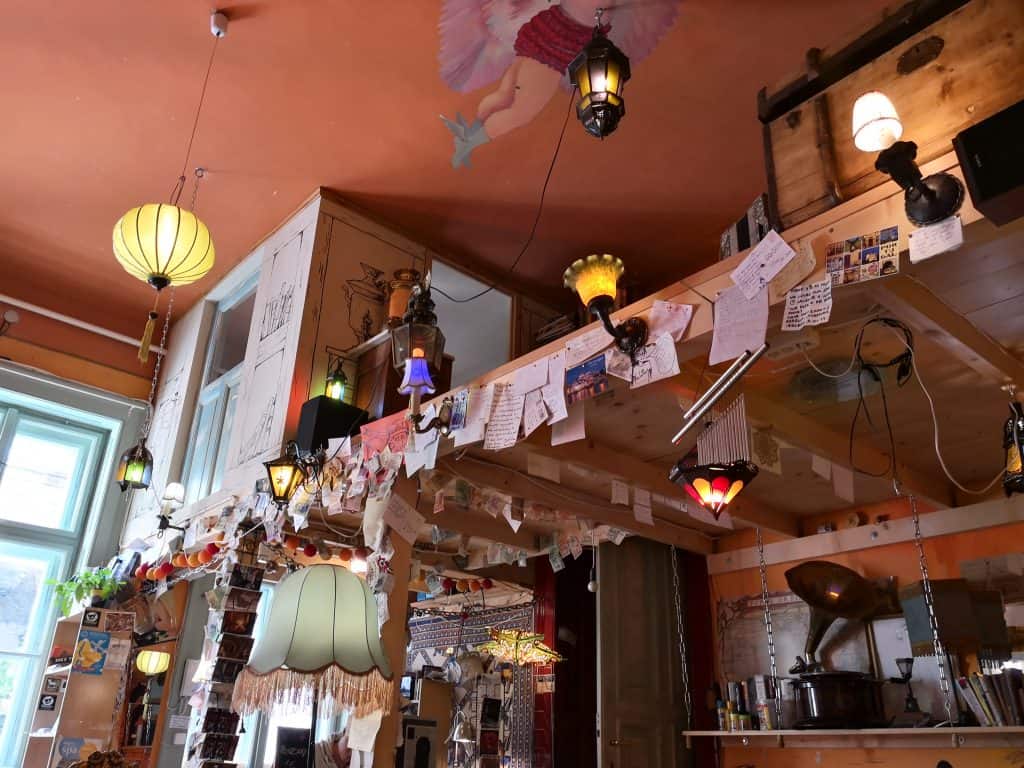 Back to Circus to pick up our bag & then bus to the airport (very busy!).

We were in & through pretty quickly & had a few hrs to spare so we did a lounge using Dragon Pass @ airport.

Decent flight & then got Spearhead taxi home by just ringing them when in the drop off zone & answering when they ring!! – means we don’t have to mess out with the tosser that are Addison Lee!! (& no I’m putting a link to them!!).